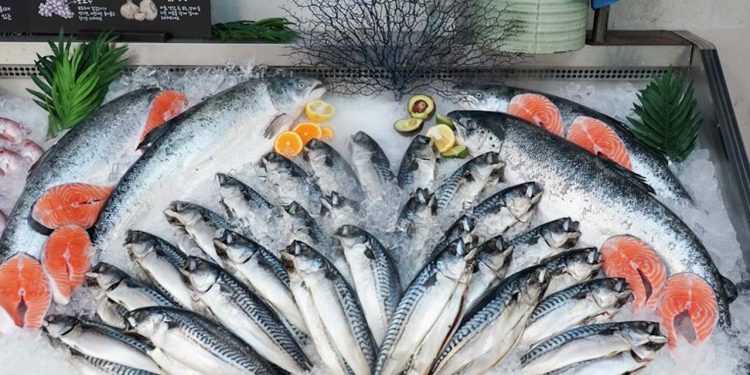 2021 has been the best year ever for Norwegian seafood exports, with 3.1 million tonnes of seafood worth NoK120.8 billion shipped to overseas markets. This represents records in terms of both volume and value.

‘Together with all the skilled professionals in the seafood industry, we will continue to work for further growth in the export of climate-friendly food, more activity along the coast and the setting of further impressive new records.’

This has been the first year that saw the total export volume exceeding 3 million tonnes.
In value terms, the 2019 peak of NoK107.2 billion was exceeded by NoK13.6 billion to hit the 2021 total of NoK120.8 billon, and December alone saw exports worth NoK12 billion, a record for this month.

Export records were also set for salmon, king crab, snow crab and mackerel. Salmon exports were worth NoK81.4 billion (up 16%) and trout were worth NoK4 billion (up 5%), while cod was up 2% to NoK9.8 billion and saithe up 7% to NoK2.5 billion in export values.

‘Capelin received an average price of almost NoK17 per kg, while the highest paying consumer markets paid over NoK20 per kg. It gave an export value of NoK660 million,’ said Jan Eirik Johnsen, manager for pelagic species in the Norwegian Seafood Council.

He commented that although 2021 was challenging for the pelagic industry, it ended up being a record year. With a new record for mackerel, a near-record for herring and a solid contribution from capelin, there was a new solid export record for pelagic species of NoK11.1 billion. This is 22% higher than the previous record set in 2020, which was NoK9.1 billion.

‘2021 was another exciting export year for Norwegian seafood. We are in the very favourable position of having products in high demand the world over – even in times of crisis,’ said Norwegian Seafood Council CEO Renate Larsen.

‘This has resulted in a growth in demand, record export volumes and a total export value that Norway has never experienced before. This is impressive and shows that Norwegian seafood is one of Norway’s key industries for the future.’

Despite the fact that 2021 was clearly a record year on many fronts, Renate Larsen stressed that the entire value chain has, to varying degrees, been able to take part in this remarkable Norwegian export success story.

‘We must be careful when interpreting ‘export growth’ as ‘increased profitability’ for everyone. Challenges with market access and increased costs related to operations, purchasing and distribution led to lower margins in parts of the industry last year. To be able to develop, invest and continue to be a leading seafood nation, the industry needs stable operating frameworks and good market access,’ she said.

‘The pandemic also affected exports in 2021 and caused changes in everything from trading patterns to transport and flow of goods. The fact that there has still been export records in both volume and value should be credited to the entire Norwegian seafood industry.