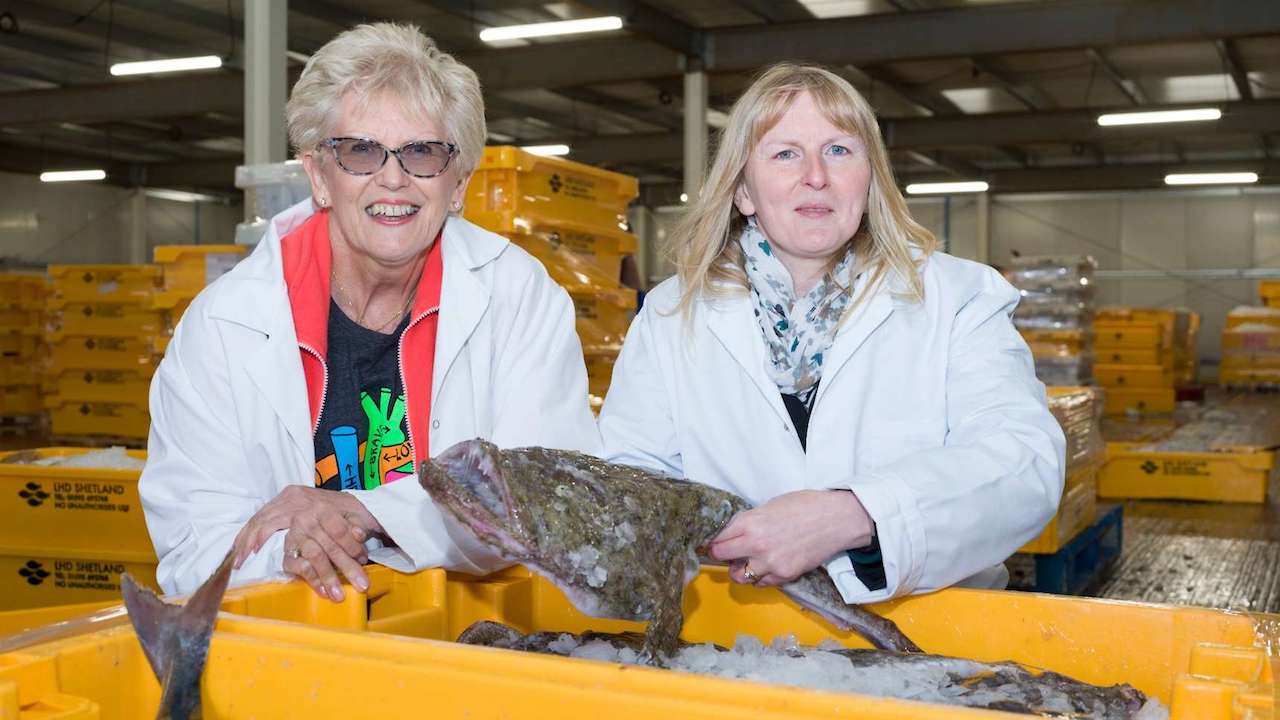 Fishermen in Shetland are supporting a new initiative to raise funds for the battle against heart disease. The Shetland Fishermen’s Association (SFA) and the Scottish White Fish Producers’ Association (SWFPA) are founding members of the Heart of Scotland appeal being run by Heart Research UK.

The charity’s chief executive, Barbara Harpham, visited the Scalloway Fish Market today to thank skippers for their contributions. SFA members have been invited to donate the value of a box of fish or the equivalent amount, and so far 14 boats have pledged to do so.
‘I am delighted to be here in Shetland to say a huge thank you to all the fishermen who have so generously supported our campaign,’ Barbara Harpham said.
‘Most people in the islands, as in the rest of Scotland, will have been touched by heart disease, the nation’s biggest killer. The Heart of Scotland appeal is an opportunity for us to take on heart disease together.’
The appeal to fishermen for contributions lasts until 31st July and SFA policy officer Sheila Keith said she was confident most boats would support the campaign.
‘We’ve had a great response so far, and we fully expect more skippers to come forward. Our members, like the rest of society, are all too aware of the impact of heart disease and are keen to help combat it,‘ she said.
‘We are very pleased to have been able to welcome Miss Harpham to Shetland to show her some of the fantastic healthy seafood landed here every day.’
The Heart of Scotland is a fundraising appeal to raise and spend money in Scotland on vital medical research into the prevention, treatment and cure of heart disease.
It has already gained celebrity support, from names such as Amy McDonald, David Moyes, Val McDermid, and Mark Bonnar, and cross-party support.
A range of four coloured badges and one-of-a-kind t-shirt designed by designer Christopher Kane will be on sale across Scotland to support the appeal, along with a raft of fundraising events across the country. A special Heart of Scotland Day will take place on 21st June.
Visit the Heart of Scotland appeal website to get involved.