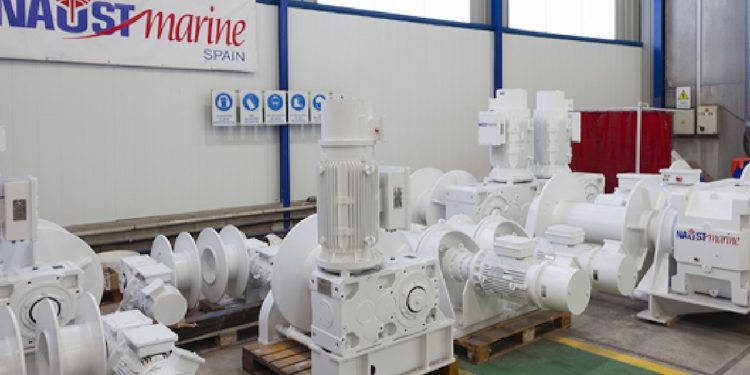 Naust Marine’s workshops in Iceland and Spain have co-operated to deliver an extensive package of winches to two trawlers operated by American Seafoods, with the total of 24 winches to be installed and operational ahead of the Alaska pollock A-Season.

American Seafoods’ catcher processor Ocean Rover is being fitted with a pair of trawl winches with 380kW DC motors and a pair of net drums with 230kW AC motors.

The company’s factory vessel Northern Eagle is being fitted with a pair of gilsons with 160kW AC motors and twin codend winches, as well as two capstans and two retrievers.

With this shipment of winches from Iceland and Spain to Seattle and installation before the A-Season gets underway, American Seafoods will have updated all of its large factory vessels as olde hydraulic systems have been replaced with custom-built electrical equipment.

‘This is a huge step towards the future operations of big fishing vessels,’ said Naust Marine sales director Helgi Kristjánsson.

‘The selection and conversion to electrical winches clearly demonstrates the company’s desire to have the most efficient winch solutions and economical fishing methods available.’

Naust Marine’s presence on the US market goes back a long way – to when B&N Fisheries in Seattle, owners of Bristol Explorer were the first to install a set of the company’s electrical winches with an ATW system. Now they have come back to Naust Marine for a pair of new codend winches that are being installed later this year.
These codend winches are powered by 55kW motors to deliver a 15-tonne pull

‘The new winches are scheduled to be installed this fall, while the vessel is in a shipyard in Seattle,’ Helgi Kristjánsson said.

‘Naust is confident that the crew and company will be satisfied with these winches, as they have already had experience with the Naust Marine systems and technical support.’