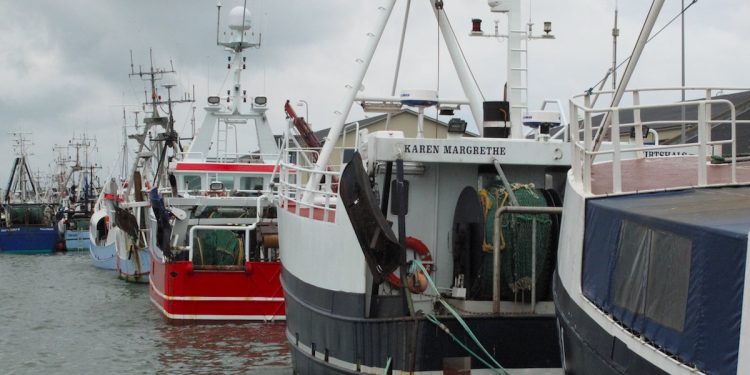 A seminar examining the UK’s exit from the European Union will be one of the key events at this year’s DanFish exhibition. The seminar will be held in Danish and will take place on the first day of the exhibition at 2PM in The Little Theatre.

The seminar is being organised by The Danish Fishermen’s PO and Danish Pelagic PO to take place during the DanFish exhibition in Aalborg. The purpose of the seminar is to look at the context of Brexit and the implications for the Danish fishing industry.

The new executive of Danish Fishermen’s PO Kenn Skau Fischer, will be on hand to give his take on Brexit. After many years as the PO’s chief executive, Niels Wichmann is handing over the reins to Kenn Skau Fischer on 31st October, the day the UK is – so far, at least – expected to leave the European Union.

Esben Sverdrup-Jensen of the Danish Pelagic PO will be there to speak about the potential implications for the pelagic sector, and new MEP and vice-chair of the EU Parliament fisheries committee Søren Gade will speak on the political context of Brexit as seen from Brussels.

Last, but certainly not least, former Danish Ambassador in the United Kingdom Mr. Claus Grube will participate in the seminar and give his view on possible consequences of a Brexit​ for both sides.

‘The risk of a No-Deal Brexit remains, posing a dramatic challenge for the Danish fishing industry and the more than 16,000 jobs in coastal communities it supports. Around 70% of the Danish pelagic landings come from waters that could be closed off for our vessels by November 1st,’ Esben Sverdrup-Jensen said.

‘DanFish 2019 brings together stakeholders from the whole of the European fishing sector and provides an unique venue for us as organisations to communicate the latest political developments, how we work to secure access and fishing rights are protected and to engage in dialogue with those who are facing the possible consequences of Brexit.’

While European fishing in general has had some good years, with solid fish prices, reasonable fuel costs and the industry seeing a greater level of investment taking place than for many years, everything is currently overshadowed by the uncertainty of Brexit.

Since the British electorate voted in 2016 by a wafer-thin majority to leave the European Union, followed by the drama of a general election and a leadership election within the ruling Conservative party, there has been an ongoing state of uncertainty.

As well as fishing companies, there are plenty of Danish companies in the fishing industry’s service sector that also have good reason to be concerned by the Brexit situation and the ongoing uncertainty of what the outcome is likely to be.

‘I don’t have much to say about Brexit,’ commented Peter Freiesleben, CEO of Aalborg company System Cleaners A/S which does its business across the European brewery, dairy, meat and poultry sectors, as well as being active in the fishing industry.

‘I can only say it will be challenging if UK leaves with no-deal scenario. For sure, this will cause extra logistic costs and transportation time.’

One of the members of the European Fisheries Alliance (EUFA) set up by the group of nine coastal nations that will be directly affected by Brexit, the Danish Fishermen’s PO has serious concerns for its members’ continued access to what have until now been shared fishing grounds.

‘We still have no real idea of what is likely to happen,’ said incoming chief executive Kenn Skau Fischer.

‘A no-deal Brexit would be disastrous for everyone, and not least for the UK fishing industry that relies on access to European markets.’

He commented that with the 31st October cut-off date rapidly approaching, there is no indication that an agreement can be reached, and the likelihood of a no-deal Brexit appears to be greater than at any point up to now.

‘This affects everyone in the Danish fishing industry, and this long-term uncertainty that we have had to live with so far has also been detrimental for markets and investment.’