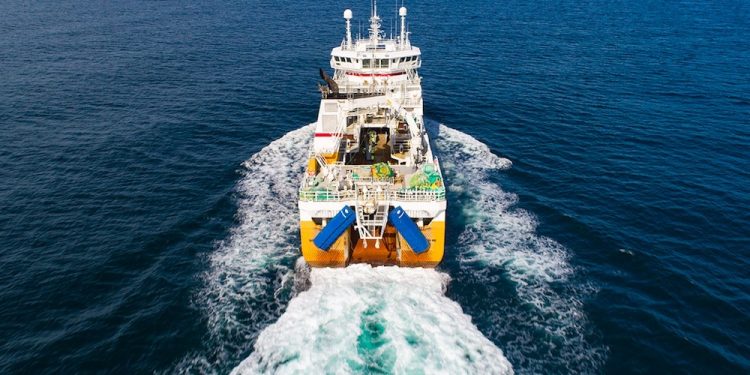 The failure of the UK government to secure a fisheries deal with Norway that would keep the UK distant waters fleet operational has been branded a ‘disgrace and a national embarrassment’ by UK Fisheries CEO Jane Sandell.

The company is the last of the long-distance operators with fishing activities in distant waters in a tradition going back more than a century.

‘This is a very black day for Britain,’ she said.

‘George Eustice owes our crews and the Humberside region an explanation as to why Defra was unable even to maintain the rights we have had to fish in Norwegian waters for decades, never mind land the boasts of a ‘Brexit Bonus’, which has turned to disaster.’

The UK now has no rights to fish in Norwegian sub-Arctic waters in 2021 and hundreds of crewmen have no work.

‘In consequence, there will be no British-caught Arctic cod sold through chippies – it will all be imported from the Norwegians, who will continue to sell their fish products to the UK tariff-free while we are excluded from these waters.’

The board of UK Fisheries will now meet to decide what presence it can have in Hull with no viable fishing opportunities in its traditional grounds.

The company has invested approximately £180m over the past twenty years in the Humberside fishing industry, and had planned further investment of up to £100m. UK Fisheries employed approximately 100 crewmen in the economically-deprived Hull region, and supported many hundreds more jobs with suppliers and in downstream industries.

Jane Sandell commented that British politicians have failed to land a single bilateral deal with any of its traditional partners around the North Atlantic – The Faroes, Greenland, Iceland and now Norway.

‘The UK wanted to be an independent coastal state, but the only beneficiaries of Brexit will turn out to be a handful of Scottish pelagic fishing barons,’ Jane Sandell said.

‘Everyone else – including much of the UK domestic fleet and the people who work in it, will lose out.’