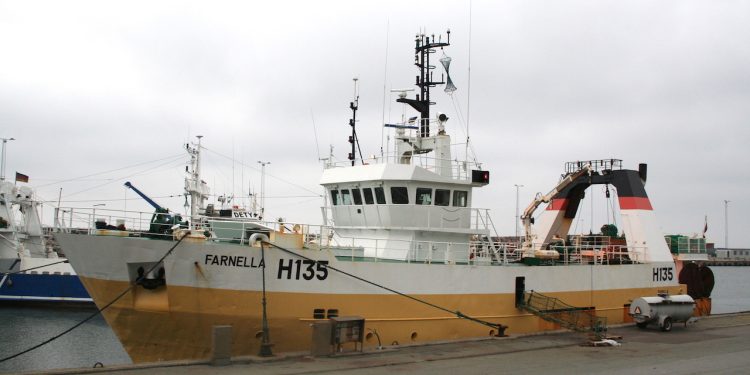 Britain shoots itself in the foot, says Norwegian industry leader

Negotiations between Norway and the UK towards a bilateral fisheries deal for 2021 have ended with no agreement reached between the two sides.

‘We had hoped for good co-operation with the UK on management of and access to shared resources, but we see that this was not possible,’ said Audun Maråk, director of Norwegian industry federation Fiskebåt.

‘The United Kingdom expected Norway to accept an agreement with significantly worse framework conditions for Norwegian fisheries than we had before Brexit. This applied to both whitefish and pelagic, and reduced zone access,’ he said.

Norwegian longliners lose access to ling and tusk in UK waters, which in turn releases the Arctic cod quotas in Norwegian waters that had been caught by the UK.

He commented that the loss of access to UK waters for mackerel and North Sea herring is unfortunate..

‘I do not expect a situation in which we will not be able to fish Norway’s quotas for mackerel and North Sea herring, but values will be lower. Now Norway must respond to the United Kingdom’s hostile position by setting an increased share of the total quota for mackerel,’ Audun Maråk said.

Fiskebåt has already been in a dialogue with the Ministry of Trade and Fisheries and Seafood Norway about how the regulations for the rest of the 2021 will be managed.

‘The United Kingdom is responsible for the fact that we are now entering a situation where the conflicts related to the management of resources in the North Sea and the Northeast Atlantic are increasing. The UK has not understood that they will be one of the losers,’ he commented, adding that Norway’s negotiating position had been based on maintaining the pre-Brexit situation.

On the UK side, as talks collapsed, the NFFO has stated that it would be important to have full scrutiny and analysis of the negotiations.

‘As both parties have much to gain from an annual fisheries deal, we are anxious to understand why it was not possible to find agreement. A meeting with fisheries ministers has been arranged,’ an NFFO spokesman said.

According to the NFFO, the failure to reach agreement with Norway will mean a significant and absolute reduction in fishing opportunities for our fleets.

Coupled with the failure of talks with the Faroe Islands to secure an agreement, there is likely to be a significant displacement effect as vessels try to make a living in the constrained waters of the North Sea and West of Scotland.

There are signs that the UK/EU negotiations for an agreement in 2021 are also coming to a head, with the EU expected to respond to a UK final offer.