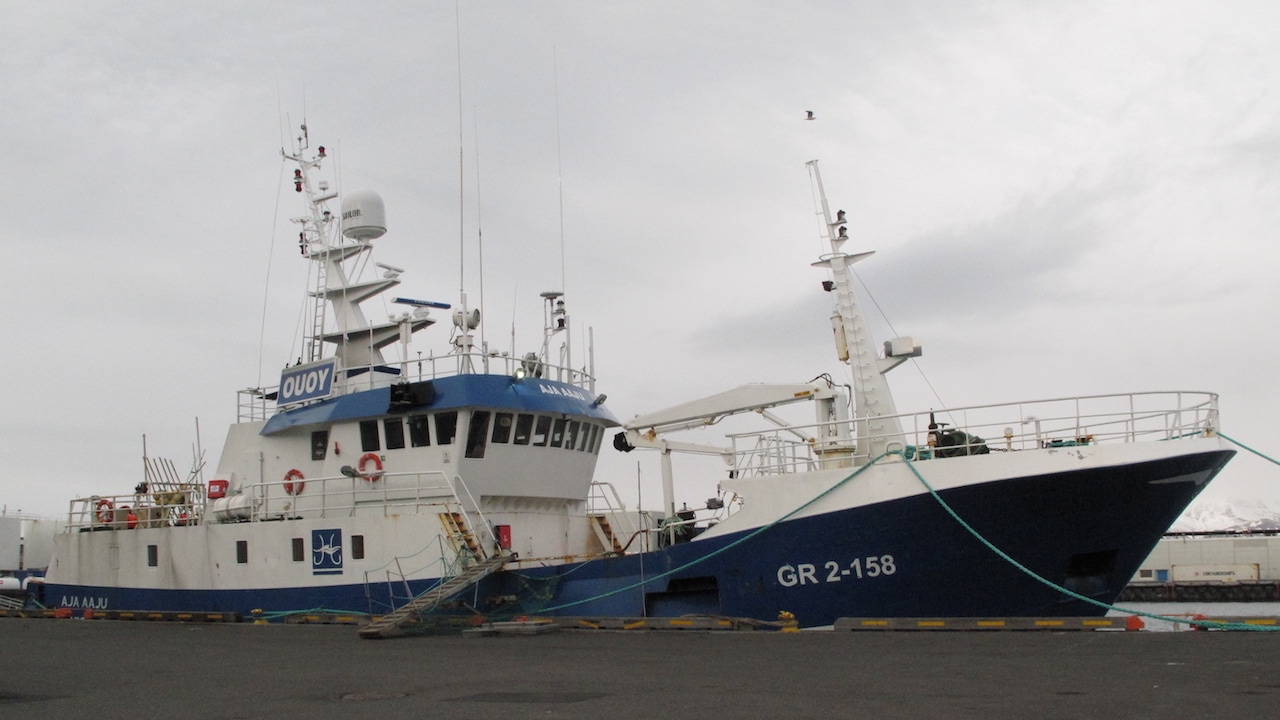 Aja Aalu has been sold to Iceland and renamed Sólborg

The 34 metre, 9 metre breadth Qaqortoq-registered Aja Aalu was built by Karstensens Skibsværft in Denmark in 1988.
The intention is for it to operate as a netter fishing for Greenland halibut, and it has been renamed Sólborg RE-27.
Útgerðarfé­lag Reykja­vík­ur, which was until recently Brim and which is largely in the same ownership as HB Grandi, has seen its fleet reduced recently as its larger factory trawlers, Guðmundur í Nesi and Brimnes have been sold to Russian companies. The company now operates veteran trawler Kleifaberg, currently fishing in the Barents Sea, as well as Sólborg, which is now ready for sea after having been at the quayside in Reykjavík for some months.