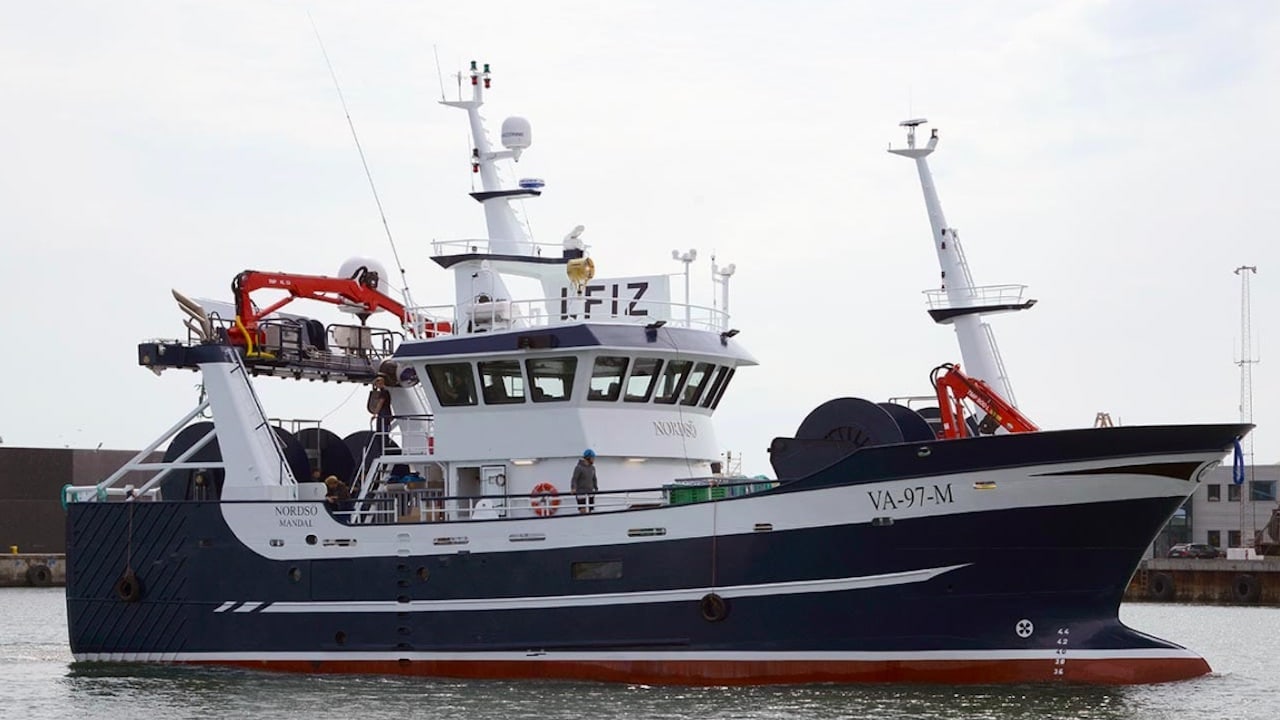 It was a very satisfied skipper Bjørn Kjellby who took part in the first fishing trials of fly-shooter Nordsö VA-967-M off the Danish coast near Thyborøn this week.

After a few minor adjustments that needed to be made in the first tow, the second tow went perfectly.
‘It shows the interaction between a good crew and a boat where the electronics and equipment have all been thought out in fine detail – and it all works like a machine,’ he said.

Nordsö is licensed to operate in Norwegian waters up to 200 nautical miles from the coast, which means fishing grounds from the Skagerrak all the way to Svalbard, although the new fly-shooter is expected to work mainly on cod, haddock and saithe in the North Sea, with a two-month spell every year in Northern Norway.

The crew rotate a three weeks on/off basis, and each three-week period means three landings to keep fish quality high.Commenting on the work done by done by Thyborøn Skibs & Motor (3xJ) to complete the new Nordsö, he said that the co-operation has been outstanding in bringing everything together, as Nordsö replaces the Astrid-Sofie (ex-Stefanie) which was lost when a fire took hold on board off the Norwegian coast last year.

‘There’s a great crew that has put all every bit of energy into getting this project to succeeded and then there’s outstanding co-operation with Thyborøn Skibs & Motor (3xJ). We have been in close dialogue and co-operation throughout Nordsö’s construction,’ he said.

Nordsö’s 160 cubic metre fishroom has capacity for 1350 to 1400 boxes, equivalent to two truckloads when they are landing fish along the Norwegian coast for delivery to auctions.

Nordsø sailed yesterday from Mandal in the south of Norway for its first full trip, and Björn Kjellby said that they could shift further north, depending on the fishing. The company’s other fly-shoooter is at sea south of Svalbard – five days’ steaming to the north.