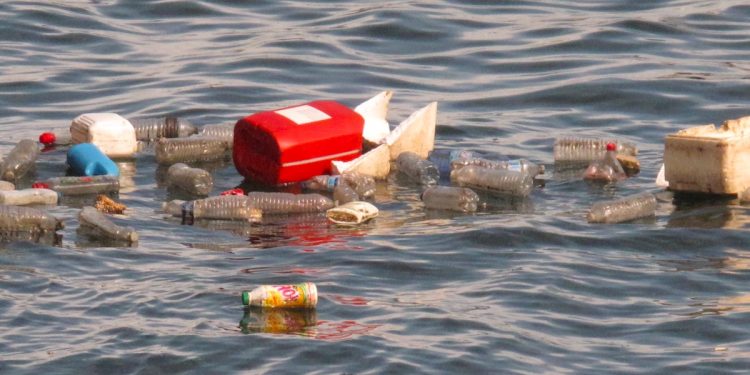 Fisheries Minister thanks trawler owners for efforts on plastic waste

Ireland’s Minister for Agriculture, Food and the Marine, Michael Creed, T.D., welcomed the increase in trawlers and other fishing boats now signed up to Ireland’s Clean Oceans Initiative.

The Minister launched the Clean Oceans Initiative in January 2019 at Union Hall to address the serious issue of marine plastic pollution. At that time he called for the participation of the entire Irish trawl fishing fleet in the scheme by 31st December 2019.  To date, 168 trawlers and 56 other fishing vessels have signed up with 12 ports registered and involved in the Initiative.

‘Fishermen have risen to the challenge I set for them early this year and I am sincerely thrilled that 96% of our trawlers are now signed up and on board,’ Michael Creed said.

‘But we need to get every single trawler onboard for this. I’m delighted that the Fisheries Producer Organisations endorsed this Initiative and are encouraging their members to sign up and get involved.’

The Fisheries Producer Organisations represent the majority of Ireland’s trawling fleet and receive funding under the European Maritime and Fisheries Fund for production and marketing activities.
Protecting the oceans is one of 17 Global Goals that make up the 2030 Agenda for Sustainable Development. Ireland’s commitment to Goal 14, Life Below Water, is reflected in the enthusiasm shown towards the Clean Oceans Initiative.

By the end of the third quarter of 2019, approximately 150 tonnes of marine plastic waste had been collected from twelve of Ireland’s busiest fishing ports and 54 tonnes of used fishing nets have been collected for recycling by BIM’s ‘Green Machine’ mobile shredder.

Minister Creed identified the opportunity to get signed up to the Clean Oceans Initiative over the Christmas period.

‘With the majority signed up by now, I hope that the remaining trawler owners will use some of the time while they are ashore over the Christmas period to get their paperwork into BIM so that they and their crew can avail of the facilities the Initiative offers.  I would also like to wish all in the fishing industry and the coastal communities a safe and peaceful Christmas,’ he said.

Applicants are advised to sign up online or by contacting BIM directly at (01)2144100.