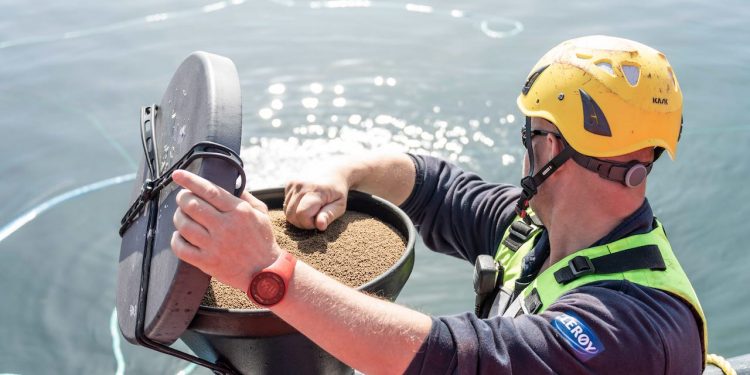 Suppliers of Brazilian soybean to Norwegian salmon have accomplished their goal for a deforestation and conversion free supply chain, according to a new independent report. This development is described by the Rainforest Foundation as a historic commitment and a game-changer in Brazil.

WWF and the Rainforest Foundation then said this was a benchmark to inspire other global animal protein sectors but wanted a robust and independent system to ensure that the companies fulfilled the obligations.

The Rainforest Foundation has now stated that the Norwegian salmon industry sets an important example.

‘It is great news that Brazilian soy producers for the very first time are confirmed to be fully deforestation and conversion-free in all their operations,’ said Nils Hermann Ranum, head of the drivers of deforestation programme at Rainforest Foundation Norway, commenting in the Norwegian media.

‘Demanding that suppliers are fully deforestation-free is necessary to stop ongoing deforestation in Brazil. Private sector companies have a responsibility to avoid contributing to deforestation and environmental damage, and the Norwegian salmon industry and their suppliers set an important example that other food producers must follow,’ he said.

International certification foundation ProTerra has established a monitoring and verification method to verify that no farmer who had removed any forest would be allowed to sell soy to the suppliers.

To demonstrate the effectiveness of the system, contracts, and names from public lists of social and environmental liabilities were randomly selected and checked against the names in the company soy receiving report. Using satellite techniques and embargo lists the newly published audit report confirms that the soy supply chain has become deforestation and conversion-free.

The audit report also checked that the farmers did not have any work related to slavery or illegal labour and that there was no agriculture overlaps with indigenous lands.

Punching above their weight

‘This proves that we can do more to protect the environment by working with our partners in Brazil, than walking away and just boycotting soy,’ said Leif Kjetil Skjæveland on behalf of the Norwegian fish feed producers.

‘Norwegian fish feed producers were punching above our weight here. Even combined we are not a big player in the Brazilian soy market, but our combined effort made a complete value chain become 100% deforestation and conversion-free. Now we need to show them our support to make this important effort continue.’

There are three companies delivering soy to the Norwegian salmon industry. Two of them, Caramuru and CJ Selecta have undergone the audits. The third company, Cervejaria Petropolis-Imcopa, is in a corporate change and a separate audit is conducted now for them. There was no non-conformity observed by the Auditor, only improvement opportunities.

This Brazilian value chain includes 5136 direct suppliers growing 2.4 million tonnes of soy on land covering more 33,294 square kilometres. In 2021 24 suppliers were blocked because they did not live up to the criteria.

The independent auditors also tested the robustness and effectiveness of the system by checking a sample of 50 names randomly chosen from the public lists of suppliers that incurred in social and/or environmental liabilities. This list was compared with the list of soy suppliers in the systems. No relationship or conflict was found between the names of soybean suppliers and those randomly selected to the consulted public lists.

There was no non-conformity observed by the Auditor, only improvement opportunities verified for each company, which do not impact the system’s efficiency and were already being worked on by the audited companies.

There is always a risk that a farmer that does not apply to the rules, tries to sell their crop via an intermediate. This first audit did not focus on possible indirect suppliers, but a solution for indirect soy suppliers is also part of the MRV system adopted and will be addressed by the engaged companies.