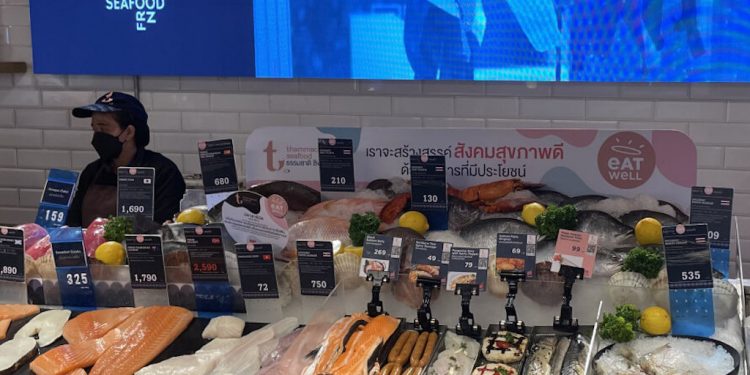 There hardly seems to be a month when exports of seafood from Norway don’t break a new record, and May this year was no exception, with the value of seafood shipped to destinations around the world exceeded NoK 12 billion – a massive 49% increase on the figure for May last year.

‘Strong global demand for Norwegian seafood generated an export value in May which is the second highest ever in a single month, only beaten by March this year. Increased export prices, primarily for salmon, but also for other species such as trout, cod, saithe, haddock and herring is the main reason for the growth,’ said the Norwegian Seafood Council’s acting CEO, Børge Grønbech.

He commented that export values for the first five months of this is already 30% upon the same period in 2021.

These first five months of 2022 have also been more valuable than the whole of 2012.
‘This shows what an export adventure Norwegian seafood has been in the last ten years,’ he said.

‘To put it in perspective, throughout 2012, Norwegian seafood exports amounted to NoK52.1 billion. We have passed this value already after five months in 2022.’

While exports are strong, he added that the ongoing war in Ukraine is casting a long shadow over Norway’s strong export growth.

‘There is no doubt that we live in demanding times. High global food inflation and a limited supply of important fish species from both Norway and other countries are some of the factors that are driving up prices,’ Børge Grønbech explained, adding that the Norwegian seafood industry is seeing that costs related to food production are rising.

‘Both the processing industry, the aquaculture companies and the fleet have noticed that everything from raw materials to fuel and electricity is increasing in price. An expected rise in interest rates and a fall in real wages in many important markets are also demanding factors. There is therefore uncertainty associated with future demand development,’ Børge Grønbech said.