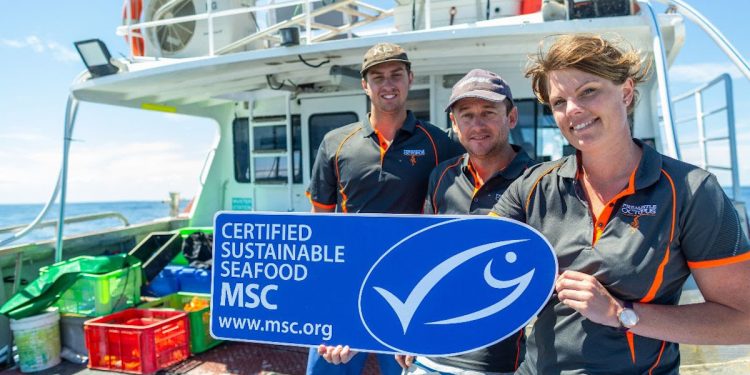 In 2012, the Western Australia Fishing Industry Council (WAFIC) partnered with the State Government and the MSC in a $14.50 million project to help all of the State’s commercial fisheries undergo an independent third-party assessment with a view to achieving MSC certification.

According to WAFIC CEO Alex Ogg, this certification is a huge achievement for Western Australia’s seafood industry, demonstrating WA’s commitment to ensuring the community has access to ethical and sustainably sourced, local seafood.

‘Western Australian octopus comes from the pristine waters of WA, ranging from Shark Bay to the South Australian border, and the story behind the beloved species is one of success. We have seen the species transition from a bait product to a highly-sought species that is adored by seafood consumers and renowned chefs across the world.’

There are currently 32 licences and 26 vessels operating in the fishery, each working with two to four crew, landing in various ports along the southern and western coasts of Western Australia.

‘When a consumer buys from a retailer, or walks into a restaurant and sees Fremantle Octopus on the menu, they are confident that is sustainably sourced with known provenance,’ said Glenn Wheeler, Managing Director of Fremantle Octopus.

‘Every package of Fremantle Octopus can be tracked in detail, from ocean to plate and meets rigorous MSC Chain of Custody requirements. Fremantle Octopus already tracks our packaged octopus back to the fishing vessel, the area of coastline that it was caught and both the dates that it was caught and packaged. The MSC certification will enhance the reputation of our business and the fishery, whilst increasing demand from our local and growing export markets.’

‘The MSC certification process is renowned for rigour and independence, which creates confidence and trust for all our clients, locally and internationally.’

Alex Ogg said that innovative fishing techniques, including the invention of the octopus trigger trap now used across the whole fishery, and fishermen paying particular attention to the way they operate around sensitive marine species including humpback whale migration and protecting vulnerable marine ecosystems have led to the fishery to achieve this milestone.

‘The certification provides consumers with certainty and assurance that the products they purchase are sourced, harvested and are fully traceable through the chain of custody from ocean to plate,’ he said, adding that this achievement is the result of more than 15 months of rigorous assessment by an independent third-party into the sustainability of the octopus fishery.