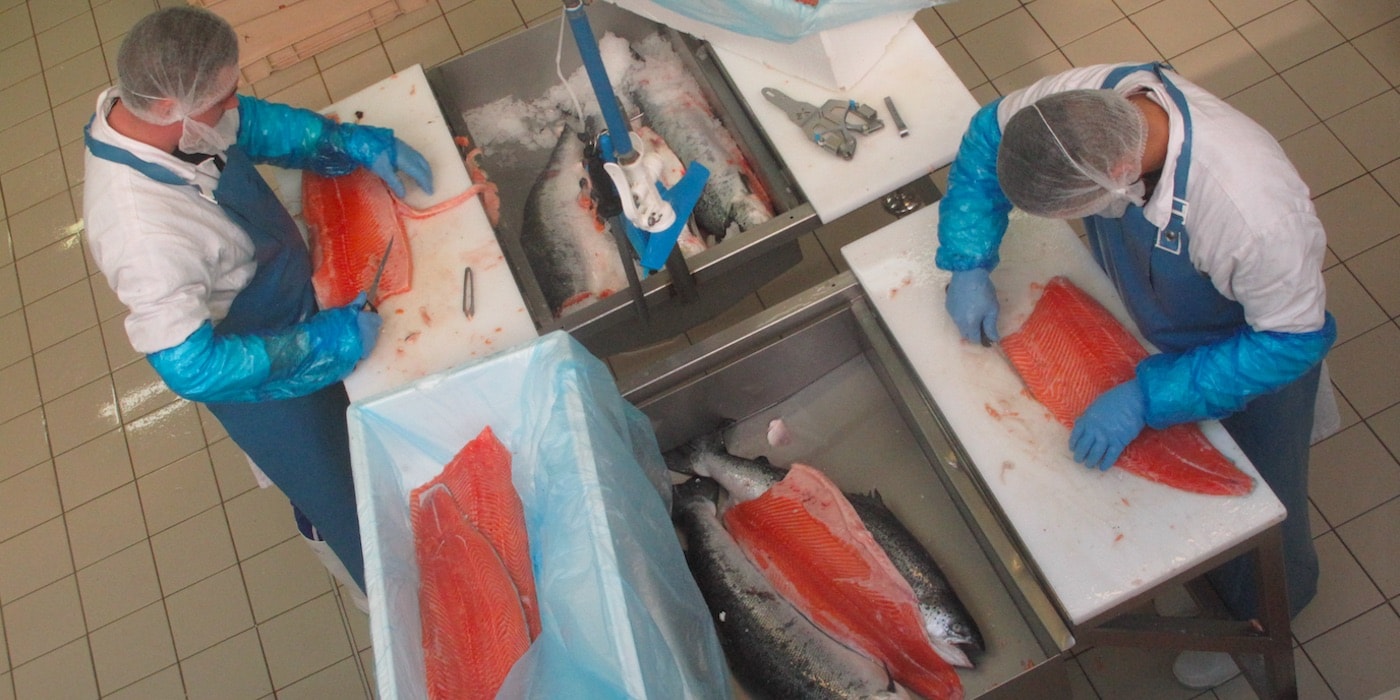 Until a few years ago the CFPMT training centre in Boulogne-sur-Mer was dedicated solely to the local seafood industry’s needs, when its remit was extended to other areas of the food industry – but fish is at the centre of its work.
‘Our main activity is still seafood and accounts for more than 90% of our activity,’ said CFPMT’s director Vincent Coatanea.
‘We work with a lot of retailers, including the main supermarkets in France, Delhaize in Belgium and Migros in Switzerland. So we provide training for the big retailers, employment agencies, fish traders, wholesalers and fishmongers, providing courses here, or at companies’ own premises.’
He added that CFPMT has been branching out, providing training courses further afield, and also in other countries.
‘It looks quiet here today,’ he said, and the CFPMT building in Boulogne’s Capecure district had the feeling of being almost empty.

‘That’s because we’re running courses at the moment in the Vendée on the French Atlantic coast, and that’s where our instructors are right now. It’s a two-month placement to train 200 people at a company that specialises in canning sardines.’
He commented that by using instructors to teach technical courses in various aspects of fish handling, it’s possible to maximise value for customers, obtaining better yields and improving staff productivity.
‘As well as courses in France, we have also supplied training in Belgium, Luxembourg and Switzerland, and last year we provided a course in Croatia for fifty people in processing technology.’
Boulogne and the surrounding region have been a hotspot for the seafood trade for generations and there is consequently a large pool of skills in this region – but this still needs to be topped up with new skills as new people join the industry.
According to Vincent Coatanea, there is a shortage of skills, and CFPMT provides training in seafood industry skills for unemployed people that are in demand, as more than 70% of those who attend a course quickly find work within the seafood sector.
CFPMT provides around 70,000 training hours annually, with around 1000 people taking part in courses each year.
‘There are around 200 seafood companies in Capecure and the Boulogne district, and we work with around 90% of them,’ he said.

Filleting is man’s work – or is it?

Vincent Coatanea commented that although this is not necessarily the case in other parts of France, in Boulogne there is a traditional perception that filleting is a man’s job.
‘It’s seen as a rough kind of work, and we’d like to see this change with more women training as filleters. We’re working to turn this around and change the mentality here.’

More than half of UK consumers want more seafood

Vladivostok in the lead as Russia’s top fish port

From the sea to the door