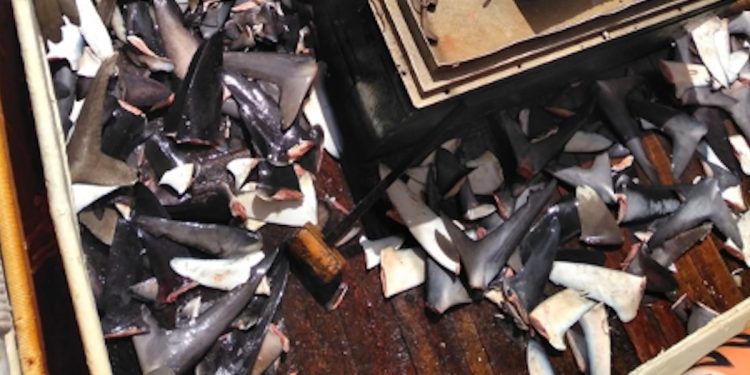 Four Indonesian crewmen are reported to have lost their lives while working on a Chinese fishing vessel, after reportedly being denied medical care.

In late March, all of the fishermen were transferred to two further sister vessels for transit to Busan in South Korea. A third man died on the Tian Yu 8 en route. The fourth fisherman died after arriving in Korea. The three crew members who died on board were quickly buried at sea on the same day they died, despite their contracts requiring vessel owners to repatriate bodies.

The fourth crewman died while in quarantine after arriving in Korea. He also had not received medical care despite complaining of the same symptoms for two months. No autopsies were conducted in any of the cases, though the victim who died in Korea was found not to have Covid-19.

Surviving crewmen interviewed in Busan by APIL reported that the victims all suffered from swelling, chest pain, and breathing difficulties for weeks. The skippers reportedly refused to go to port to access appropriate medical care. Crew connect the deaths to the poor quality of water provided on the vessels.

‘The severe labour exploitation we witness in this case is only the tip of the iceberg. We must understand the structural and contractual mechanisms that prevents these people from leaving their job and forces them to work, even when they face extremely serious illnesses and gross human rights abuses,’ said APIL’s Attorney JongChul Kim.

Physical violence was committed by senior Chinese crew against at least two Indonesian workers who were forced to work for 18 hours a day, and in some cases for two days without rest. Indonesian crew reported that they had only salty drinking water, while Chinese crew were given clean bottled water.

According to their contracts, most of the crew had agreed to work for a monthly salary of US$300, but many were paid barely more than a dollar a day (US$42 per month), which was subject to further deductions including recruitment fees and security deposits, meaning some were ultimately paid less than US$ 300 for the entire year. In addition to violating their employment contracts, these payment practices are indicators of forced labour. The passports of all crew members were reportedly confiscated by the skipper of at least one vessel when crew embarked at the start of their contract.

The crew also reported industrial-scale illegal fishing, and provided photographs and film showing shark finning of suspected critically endangered species. Despite the vessels being registered as tuna longliners, the workers stated that they targeted sharks using specific fishing gear with which they caught more than 20 animals a day, amounting to at least 16 boxes full of shark fins (each box weighing 45kg) when they left the vessel.

Although China does not prohibit shark finning, the practice is in violation of Western & Central Pacific Fisheries Commission requirements.

Photographs provided by the crew indicate that some of the sharks finned were endangered and critically endangered, including hammerhead and oceanic white tip sharks.

The Environmental Justice Foundation (EJF) and the Advocates for Public Interest Law (APIL) are calling for an urgent investigation by Chinese and international authorities into the conduct of this fleet of vessels, taking into account the circumstances of the four deaths, other human rights abuses and compliance with national and international laws and regulations.