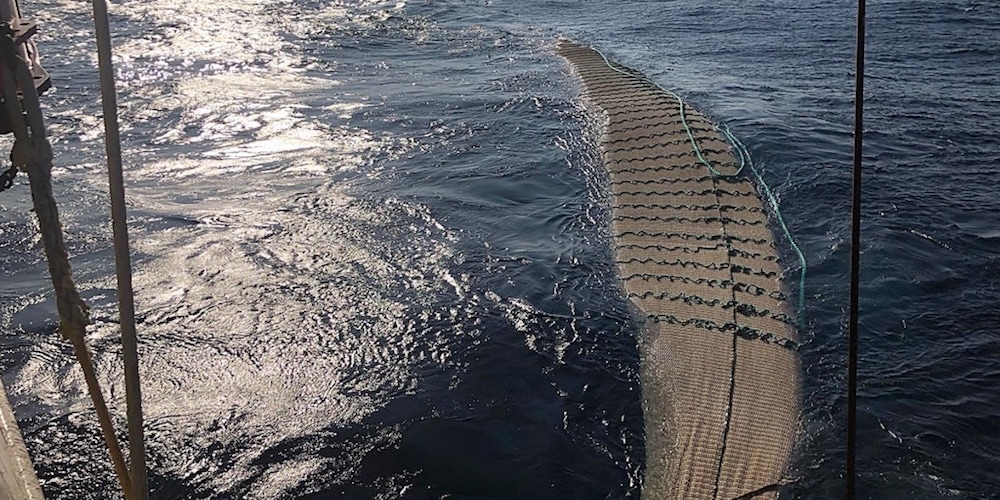 The first blue whiting from the Faroese EEZ was landed at Síldavinnslan’s plants before Easter, and so far 12,000 tonnes have been landed – with more on the way.

Margrét landed 2000 tonnes last week to the Seyðisfjörður plant followed by a 1700 tonne landing by Bjarni Ólafsson. These were quickly followed by Börkur with 2100 tonnes and Hákon with a further 1500 tonnes.
Beitir docked with 3200 tonnes a few days ago in Neskaupstaður, followed by Bjarni Ólafsson with 1100 tonnes and Polar Amaroq is on the way with 200 tonnes and a port call to fix fishing gear. Margrét is steaming with 2000 tonnes on board.
According to Seyðisfjörður factory manager Gunnar Sverrisson, the fish are first-class raw material and it has been chilled well at sea, although at this time of year the blue whiting have a relatively low oil content.
HB Grandi’s pelagic vessel Víkingur is on its way to Vopnafjörður with a full payload of blue whiting caught at the southern end of the Faroese EEZ – its second capacity trip in a row, having landed 2600 tonnes to the company’s Vopnafjörður factory last week.
‘Catch rates have been good. We were fishing for three and a half days and generally had 400 tonne hauls after 12-14 hours tows. I reckon we have around 2600 tonnes, and that’s a full trip with optimum cooling of the catch,’ said skipper Hjalti Einarsson. Víkingur is expected alongside in Vopnafjörður tonight.
According to Hjalti Einarsson, Víkingur’s trip was spent in the southern part of the Faroese zone and he said that is a real difference now over how much activity there is.
‘There are many more ships there than there were before Easter. The fishing south of the line is drying up now, and there are mainly a few Dutch trawlers there now. I reckon the Norwegians have caught their quota and the same goes for the Scots and the Irish.’
He commented that the fishing is more or less what is expected at this time of year and the blue whiting situation appears to be healthy, as the sizes are nothing different from usual.

Disappointing search for pearlside and lanternfish