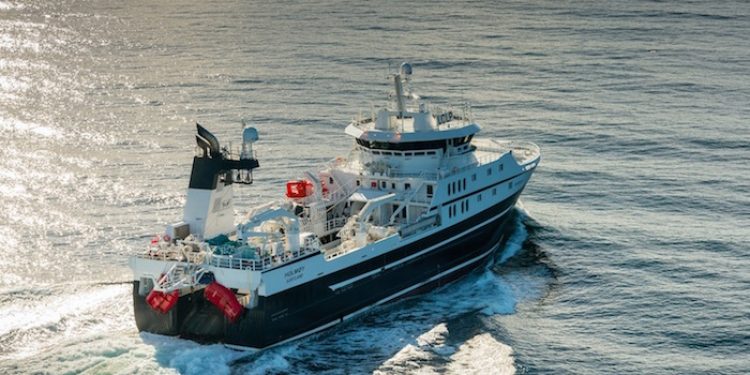 In February and March Optimar Stette sold fish handling factories worth NoK240 million, an all-time high sales record for the company and a great start to 2016.

According to sales manager Terje Hareide, Optimar Stette has had an amazing two months.

‘During February and March the company sold on board factory systems around the world for the total amount of NoK240 million (€2.56 million). These factories are being supplied to customers in Norway, Russia, the UK, Germany, France and USA and are scheduled to be delivered in 2016 and 2017,’ he said, adding that the company is located in Norway, Spain and the USA.

‘We are very proud to be the preferred supplier and that our customers come to us for solutions. It’s clear that the automated systems for more efficient fish handling are popular among our clients.’

A recent delivery by Optimar Stette is the factory deck for the new Holmøy, which was built at the Freire yard in Vigo for Norwegian operator Prestfjord Havfiske, and designed in close co-operation with the client’s staff.

Holmøy has capacity to handle up to 90 tonnes of whitefish per 24 hours in nine vertical plate freezers and one blast freezer, plus it has a shrimp production line with size grading and a 1000kg per hour cooking capacity. The shrimp line is designed to blast freeze shrimp and pack them in 5kg cartons, while industrial shrimp are block frozen in the vertical plate freezers.

‘The main focus in the design process was to increase the efficiency and keep the quality at the absolute highest level for the different fish species,’ Terje Hareide said.

Built to wholefreeze groundfish, Holmøy’s fish processing line has a Baader 444 heading machine with a conveyor system to carry the fish through the process. Optimar Stette has developed a new conveyor system that minimises maintenance costs and cleaning time.

There is an automated packing and palletising process, as well as manual handling options for by-catch. For discharging catches, a two-step pallet lift has been included in the fishroom layout to handle up to 46 pallets per hour.