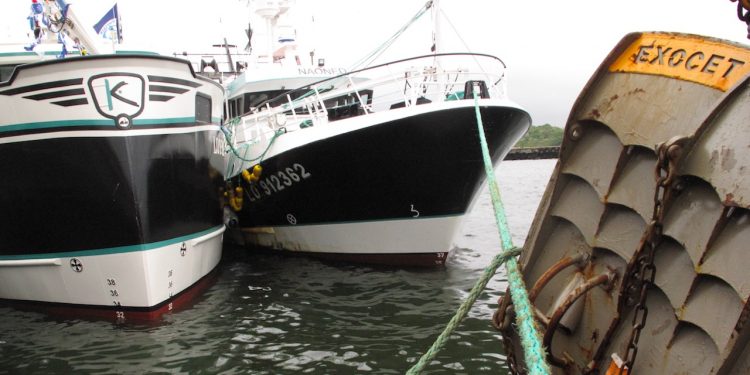 There are some new faces on the management team of the European Association of Fish Producers Organisations as its AGM took place and EAPO President Pim Visser had decided not to stand for another term.

Chairing the meeting held in Brussels, Pim Visser welcomed European Commissioner for Environment, Oceans and Fisheries Virginijus Sinkevičius who took in key aspects of the EAPO work programme, before elaborating on policy around EU fisheries contributing to addressing climate change, fishing opportunities for 2022, the blue dimension in the EU Green Deal and fisheries as part of the Farm to Fork Strategy.

The Commissioner took part in a discussion with EAPO members, who raised questions about the speed envisaged to reach common goals, about the difficulties for EU fisheries after Brexit and the TCA – also with other coastal states – and about the space at sea threats to the sector represented by EAPO. The discussion extended to the upcoming report on the CFP and the requirement for sustainable, protein-rich seafood provided by fisheries.

The next stage of the meeting was a moment of silence in honour of the highly respected EAPO member and secretary Purificación del Carmen Fernández Alvarez, who recently and unexpectedly passed away.

This year the EAPO members had opted for a face-to-face meeting instead of a virtual gathering, as an election of the organisations officers was needed.

The Executive Committee consists of the Bureau members, the Working Group Chairs and other members annually elected by the General Assembly.

After thanking and praising his predecessor for seven challenging years in the role, the new President spoke about the focus on the chosen future for EAPO.

‘Producers Organisations are the link between EU and national managers and those who catch the fish,’ Esben Sverdrup Jensen said

‘It is the POs’ challenging task to make the EU legislation workable on the fishing grounds and continuously help develop and improve the legal framework for sustainable fishing. Coming from a pelagic PO, in my new role within EAPO, I plan to visit all member countries in order to get to know their fisheries and respective challenges and priorities. EAPO will continue to work closely and build alliances with everyone who supports its objective to achieve sustainable EU fisheries; socially, economically and environmentally.’

The incoming President then hosted a further discussion on the work program between EAPO members and representatives of the European Commission’s DG MARE.

The first physical meeting of EAPO members in one and a half years was closed after a representative of a Swedish member PO invited the 2022 EAPO AGM to be held in Gothenburg.