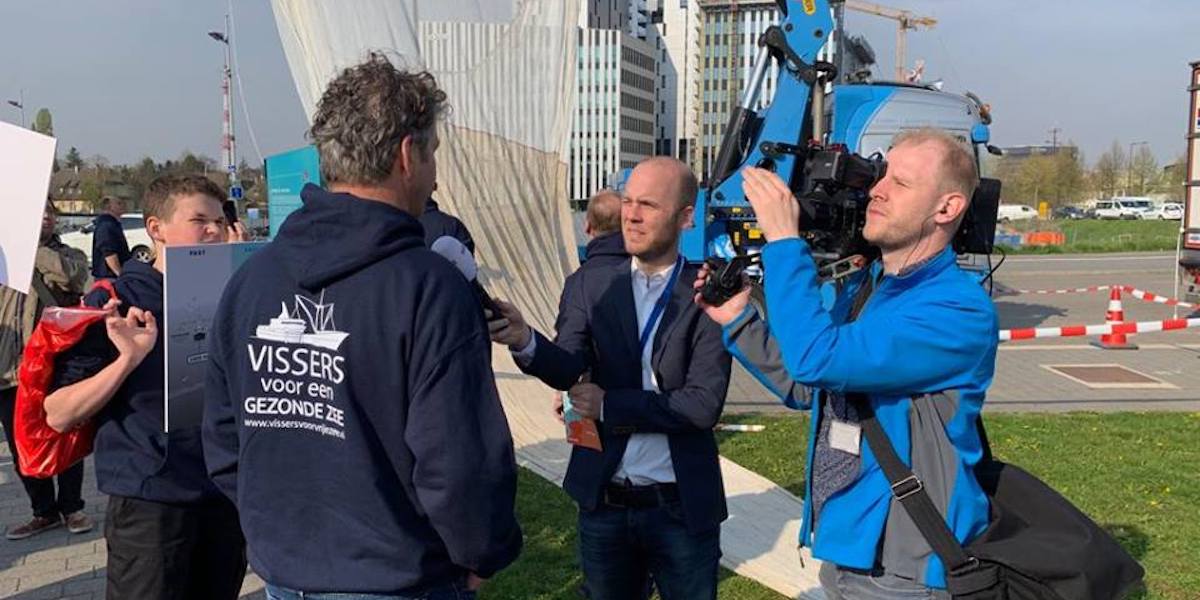 Europe’s fishermen need to work together, with more understanding for each other, says EMK’s Job Schot. Image: EMK

A #ZwarteDinsdag (#BlackTuesday) hashtag has begun to make an appearance following last week’s vote in the European Parliament to include a ban on pulse fishing with the new Technical Measures Regulation, signifying the day a body blow was dealt to the Dutch demersal sector that could have far-reaching implications.

According to Job Schot of EMK, the decision is incomprehensible, and eighty mostly family companies that had invested in this method of fishing have been left out in the cold.
‘The survival of many companies is in question,’ he said.
‘Families may soon have to sell vessels and fishing rights, with all the consequences that are part of this. If we are not careful, there could be a wholesale transfer of capacity to the larger companies in the trawler sector,’ he warned.
‘Fishing has always been family businesses, and that has given it stability as they could survive the bad times by being economical and making cautious investments. But now that pulse fishing is being phased out and fuel prices are rising, the profits are falling away. The question is how long many of these individual companies will last.’

He commented that there are indications that the EU has plans for the fishing sector, including proposals that towed gears could be banned from areas where there is coral, of which there are a few in the North Sea.
‘My jaw dropped when I saw the proposal,’ he said.
‘Right now it seems harmless, but fishermen know better. NGOs drop junk into the sea with free postcode lottery money Today you have to keep half a nautical mile away. Tomorrow a mile, and then it’ll be entire surrounding areas that are closed. We have no idea how many reserves are coming. We are already kept out of wind farm areas, and there a hundred of these on the way. Pulse fishermen are being forced to go back to their old gear, and then that could also be outlawed. Measures like this would be a death knell for the Dutch and Belgian fishing sectors,’ he said.
He commented that experience has taught fishermen to be extremely cautious, as in the case of the Landings Obligation, under which none of the promises made have come true and since then there has been a vote in favour of stricter supervision.
‘That means CCTV, camera surveillance on board,’ he said.
‘It’s of the greatest importance that we act as one organisation, speak with one voice. We also need to look at ourselves critically, with a little more understanding for our fellow fishermen, also internationally. We need to keep open minds and explore how others us. Certainly in these difficult times, fishermen should stand more side by side and less as competitors.’
He said that fishing needs to move on from fighting a constant rearguard action.
‘We need to do our lobbying better and earlier. Being in Strasbourg or Brussels once a year isn’t enough. Like the environmental groups, we need to have a permanent lobbying office at the heart of the EU.’

Focusing on the source of plastic waste