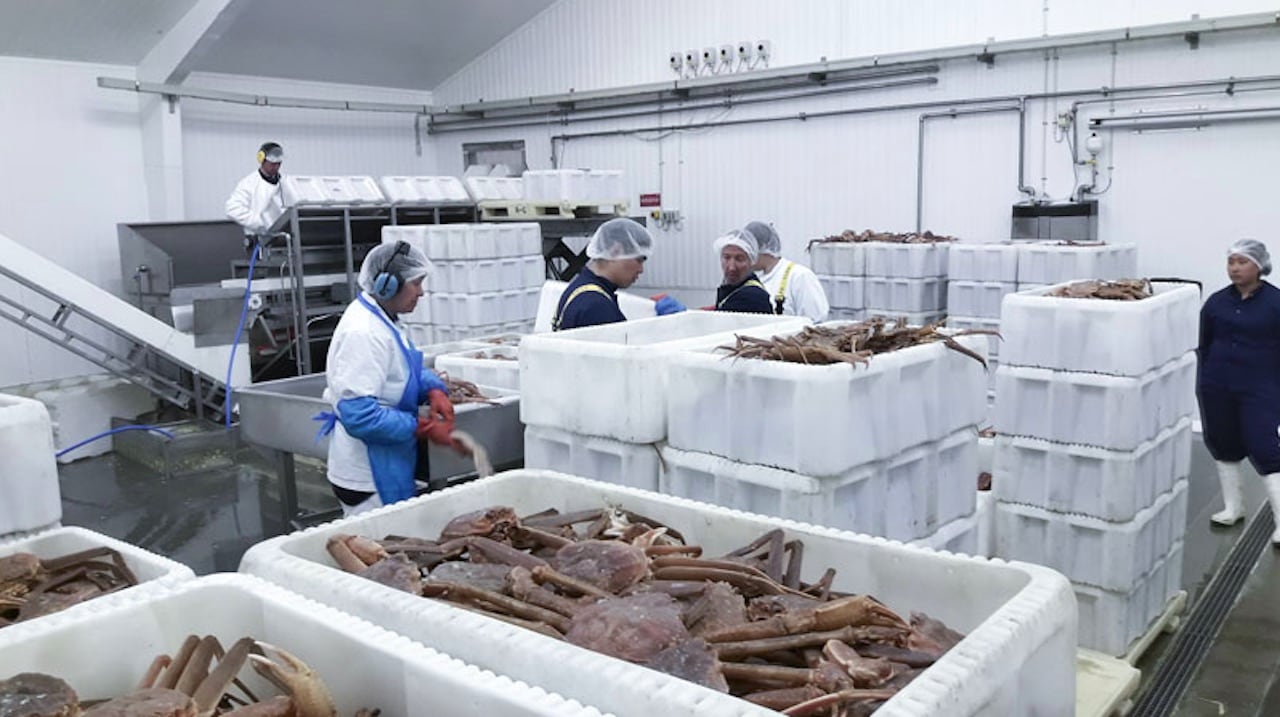 Royal Greenland’s Qeqertarsuaq has taken delivery of four times as much crab this year as last year. Image: Jakob Broberg

Landings of crab to Royal Greenland’s factory in Qeqertarsuaq have quadrupled compared to the same time last year, and the factory has had to put in place a landing schedule.

‘Buying in crab is going well at the moment, and to be able to produce best quality crab, we have made agreements with the individual crab fishermen about which weekdays and how much we can handle,’ said Jakob Broberg, factory manager at Royal Greenland’s factory in Qeqertarsuaq.
Normally crab landings would begin on 29th April, but due to the ice situation in the Upernavik area where the five crab vessels are fishing for crabs, this only began in late May.
‘Although ice in the Upernavik area prevented crab fishing at the start of the season, since this started in earnest on 24th May, we have taken delivery of four times more crab than last year, and I am very satisfied with that,’ he said, adding that the factory is working with around 30 staff who will continue until the 400 tonne Upernavik area quota has been harvested.
‘Right now we are very busy, so our staff are also working on weekends,’ he said.
Two of the five crab boats have wells in their vessels, so the crabs can be kept alive until they are brought to the Qeqertarsuaq factory.
‘Since it is important for us to produce quality products, it is really good that some of the vessels can keep the crabs alive on board. So, we also organise the schedule, so that vessels without wells can land their catch while the crabs are fresh,’ Jakob Broberg said.
‘I am very satisfied and happy to have managers as well as employees in the production area who are so committed, so that we can achieve such good results roe and crab production, and of course hope that we will continue to achieve yet more when the second factory, which is under construction, is ready for operation.’
Jacob Broberg believes that this year’s good season for catfish, and now also for crab, is due to the mild spring.