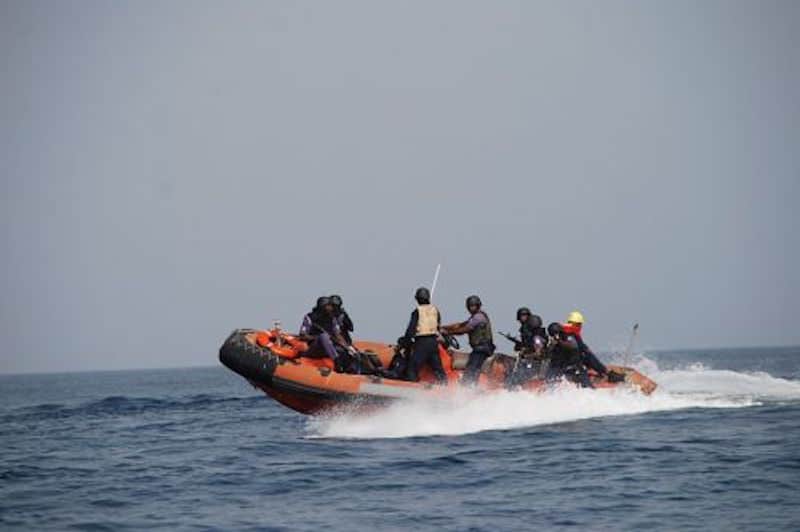 Naval forces have been successful in rescuing four crewmen abducted from a Chinese fishing vessel in Nigerian waters. The operation took place around the Igbokoda area of Ondo State.

According to Rear Admiral Sylvanus Abbah, Flag Officer Commanding Western Naval Command, the four victims had been abducted from a fishing trawler on 14th December, with the kidnappers taking their captives in a speedboat to Igbokoda, Ondo State the same day.

He said that a team from NNS Beecroft were able to rescue the four captive Chinese fishermen from a militant camp in the river area of Ondo State.

‘Naval operatives attached to Forward Operations Base (FOB) who sighted the kidnappers as they were entering Igbokoda gave them a hot pursuit,’ he reported.

‘The kidnappers opened fire on the naval gunboat. There was a fierce gun battle between the suspects and the naval men and the hoodlums abandoned their boats and fled on foot through the creeks,’ he said.

Rear Admiral Abbah said that the naval operatives pursued the suspects who later abandoned the four Chinese men and fled.

‘Presently efforts are ongoing to arrest the suspects. The Chinese sustained bullet wounds during the gun battle and they have been treated and are in stable condition,’ he said.

The Acting Chinese Consul General in Nigeria, Mr Guan Zhonggi, who paid a thank you visit to the FOC, commended the Nigerian Navy for its prompt intervention.

He said that the four Chinese men regained their freedom because of the Navy’s swift action.

Fisheries abuses and related observer deaths in the Pacific region