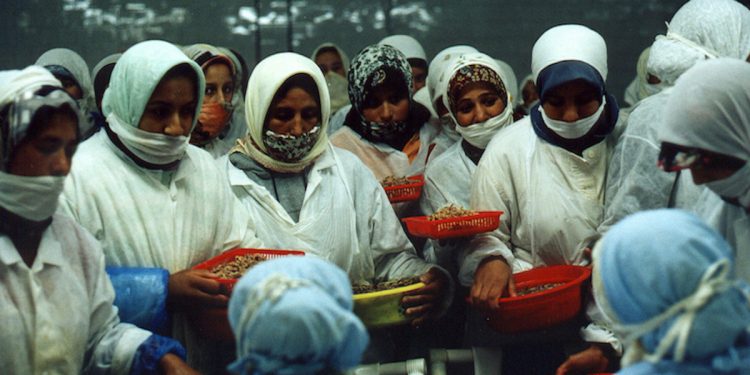 At the beginning of 2020, there’s a decade to go to reach the United Nations Development Goals. The international Organisation for Women in the Seafood Industry (WSI) is calling for a massive movement in favour of gender equality and women’s empowerment (SDG5) in the seafood industry.

In September 2015, the United Nations led a process seeking to end poverty, to fight inequality including gender inequality, and to tackle climate crisis. It resulted in the worldwide adoption of 17 global Sustainable Development Goals (SDGs), including gender equality and women’s empowerment to be fixed by 2030.

The fisheries and aquaculture industries have developed numerous actions to reach SDG 14 (Seas and marine resource sustainability) but WSI is asking what has been done along the road of gender justice?

‘Reports on the issue (WSI Watch 2017, 2019) tell us that not much has been initiated and even less achieved. If the seafood industry were a country, it would be one of the most gender unequal in the world, where gender inequality takes different pervasive forms,’ said WSI’s Marie Christine Monfort.

‘The most frequent ones include invisibility. exclusion and discrimination.’

Women’s contributions to the industry are in many cases not taken into account, as they remain invisible in national and sectoral statistics. Unpaid or underpaid auxiliary work carried out by women allows men’s fishing activities to continue even when the activity is not profitable.

‘Women’s labour can be considered hidden subsidies,’ she said and commented that exclusion can be by law, by habit, by tradition and in all but a handful of progressive countries, women are excluded from decision-making, from being elected in representative bodies, from public policy designing.

‘In terms of discrimination, women encounter obstacles to accessing inputs such as financial capital, bank loans, new technology and immaterial capital such as training,’ she said.

‘Stereotypes and social norms prevent women from getting some jobs, such as fishers, and high-profile and well-paid jobs. Did you know that women represent 90% of all jobs in the labour-intensive ​seafood processing industry but less than 10% of corporate board members and 1% of CEOs? They even are grossly discriminated against in speaking at conferences and we should all remember that family burdens lie disproportionately on women’s shoulders.’

According to Marie Christine Monfort, industry leaders, who are in most cases male, tend to be unaware of the gender imbalance and the detrimental impact on the entire sector. A WSI survey found that 55% of male leaders consider that this problem is solved and 85% agree that they don’t pay attention to it.

‘In reality, it is not solved and WSI calls for actions without delay if the SDG 5 is to be met,’ she said.

‘The cost of inaction will be greater than the cost of action, because gender equality clearly benefits both genders and the industry. WSI is offering all fishing and aquaculture stakeholders, as well as corporate, administrative, professional organisations and NGOs help to get them through concrete projects to achieve progress in achieving a gender balance. Let’s be ambitious together.’