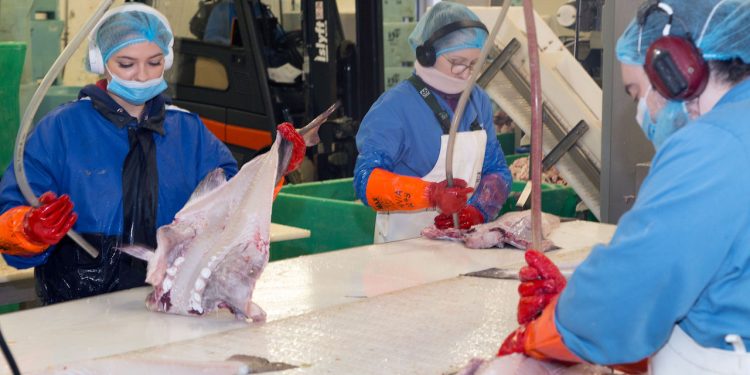 Sales of saltfish from the Westman Islands in Iceland jumped in March this year, confirming that Portuguese consumers aren’t going to do without this traditional Easter dish.

‘The pandemic has hit Portugal hard and its effects can be seen throughout Portuguese society, and that has naturally had its effects on the saltfish market,’ said Sverrir Haraldsson, manager of Vinnslustöðin’s demersal division, commenting that for a long time Portugal had been less hard hit than Spain and other European countries, but the situation worsened in the last quarter of 2020.

‘The pandemic’s effects in Portugal in January and February this year were so bad that the situation was one of the most serious anywhere in the world. This affected the market for saltfish, which is sold mainly in grocery stores.’

The pandemic in Portugal worsened significantly just as Christmas sales were at their peak, and while sales were positive, these were limited largely to grocery stores as restaurant closed. Vinnslustöðin’s production, distribution and sales company Grupeixe, based in Aveiro, was hit by Covid as three-quarters of the staff were infected, and production was shut down, but has since resumed.

Vinnslustöðin has had a long-term presence on the Portuguese market, through several economic recessions, during which the company retained its presence in Portugal, taking the long-term view that conditions would improve – as was the case from 2013 onwards.

He explained that Covid has triggered a 7.6% economic decline in Portugal during 2020, with an abrupt halt to the tourist industry and rising unemployment. As a result, saltfish prices dropped 20-25%, leaving an uncertain future.

While the pandemic continues, vaccination programmes are in progress, but there is a big question of how much fish from Norway will hit the market as Barents Sea quotas increased, and how that will affect prices.

With its own company in Portugal, Vinnslustöðin remains in a strong position.

‘Icelandic saltfish is known for its quality, and consumers are aware that its origin is a mark of quality, which makes it a desirable product. What makes our position different is that we own production, distribution and sales company Grupeixe, based in Aveiro,’ Sverrir Haraldsson said.

According to Grupeixe managing director Nuno Araújo, they are hoping that the worst of the pandemic is over and that the economic situation can begin to recover.

‘Gatherings are banned. Schools, restaurants, theatres and more are closed until after Easter and large families aren’t able to gather to eat together. We can only sell to the grocery trade, and people cook and eat at home,’ he said, adding that the usual large gatherings for birthdays and weddings where saltfish dishes would usually be on the menu are currently not allowed.

‘The Portuguese accept the restrictions. There is more disturbance in Spain, alongside the movement for Catalonian independence. But we are a more relaxed and law-abiding people than Spain and France!’ he said.