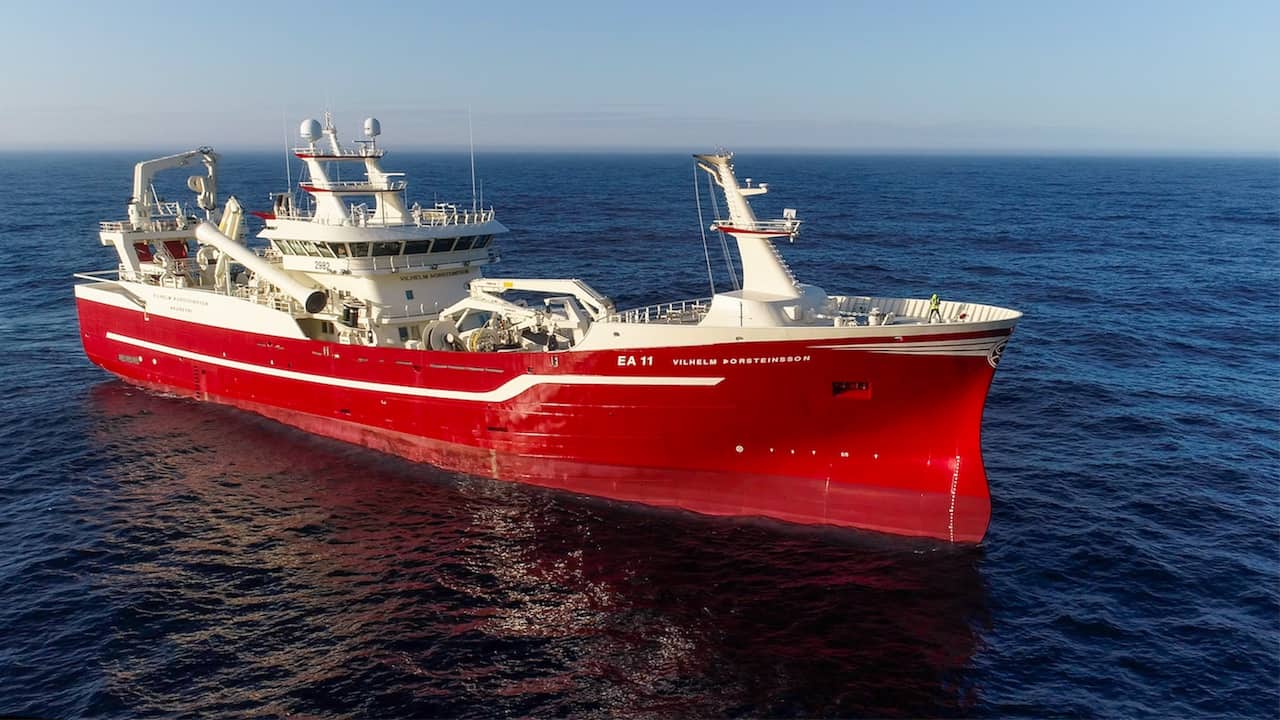 Samherji’s new pelagic vessel Vilhelm Thorsteinsson EA-11 has completed its delivery trip from Skagen. Skipper Guðmundur Jónsson and his crew are scheduled to dock at Akureyri’s Trawler Dock at 1000 on Saturday morning, having completed Covid screening for the crew on board.

According to the company, health considerations mean that the usual open ship is not an option at present.

The first of a pair of these new 88 metre LAO, 16.60 metre breadth purse seiner/pelagic trawlers for Icelandic owners, Vilhelm Thorsteinsson has a pair of 3200kW main engines and a 3400 cubic metre capacity in 13 RSW tanks. Built at the Karstensen yard in Skagen, Vilhelm Thorsteinsson and sister vessel Börkur are designed by the yard.

Síldarvinnslan’s Börkur has already completed initial sea trials and is expected to be delivered in May.

Both are expected to trawl primarily for herring, mackerel and blue whiting, and to use purse seine gear for the capelin season.

The new Vilhelm Thorstseinsson replaces a pioneering pelagic factory vessel that was built for Samherji in 2000, and which was sold to Russian interests after 18 years of successful operation for Samherji. The new vessel represents a change of direction for the company, from processing and freezing at sea to landing fresh catches for processing ashore.

The new Börkur will become the latest in a long series of vessels to carry the name, replacing a purser/trawler built at Celiktrans in Turkey in 2012 for Norwegian owners as Malene S, and acquired by Síldarvinnslan in 2014.

Vilhelm Thorstseinsson sailed from Skagen last weekend with a camera crew from Icelandic TV station N4 on board for the delivery trip to Akureyri. The drone photos were taken by N4 cameraman Árni Rúnar Hrólfsson as the new vessel entered the Icelandic EEZ.