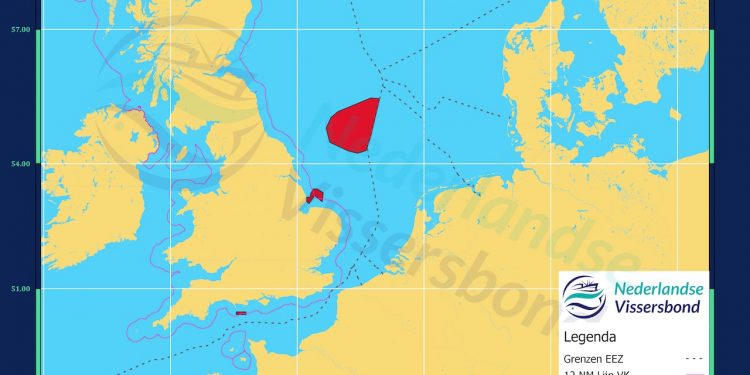 Plans by the UK to shut a large area of the Dogger Bank to fishing have hit the EU fishing sector hard – not least since while the UK was still part of the EU, it took no less than ten years to develop a positive management strategy. EAPO and Europêche have responded to the UK’s intended plans with an extensive position statement.

The UK plans to implement four MPAs, including the Dogger Bank, outlawing towed gears, has alarmed both UK and European fishermen.

‘This means a huge blow to our fishermen,’ said Durk van Tuinen at Dutch industry body de Nederlandse Vissersbond, commenting that in the EU, of which the UK was a part, there has been a ten-year dialogue about management measures aimed at ecological and economic sustainability goals.

This resulted in a joint recommendation concerning the Dogger Bank, which was ultimately signed by the Scheveningen Group in mid-2019. This concluded that the effects of fishing on the Dogger Bank as a shallow sandy area are limited. For this reason, work done aimed for a proposal to protect one-third of the Dogger Bank instead of the entire area. EAPO and Europêche therefore cannot accept that the UK ended these agreements, just one month after Brexit.

De Nederlandse Vissersbond warns that losing the Dogger Bank will have major consequences for the viability of many fishing companies. In addition, EAPO and Europêche warn that the proposed ban on bottom fishing is likely to cause a displacement of fishing activities.

The warning is that other fishing areas will become fished harder, or if fishermen cannot catch their quotas, it will lead to more fish imports from third countries that apply less stringent management measures.

EAPO and Europêche state that marine species know no boundaries. In addition, in the case of a shared fishing ground such as the Dogger Bank, it is important to consult with stakeholders and member states and not to generate one-sided policy.

‘Effective fisheries management is not possible without the cooperation of all parties,’ de Nederlandse Vissersbond states, which describes the UK’s plans as ‘disastrous’ for both its own and European fishermen.