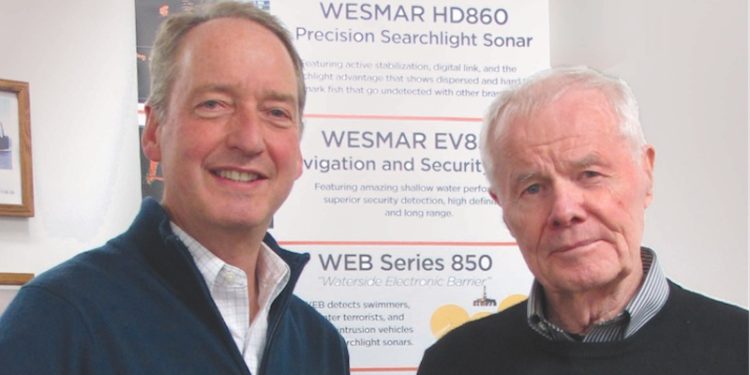 Bruce H. Blakey, founder and President of Wesmar, has announced the sale of his company to local businessman Roger Fellows.

From its beginning, Wesmar exported its products throughout the world. Today the company remains the only US marine sonar manufacturer to design and build products in the USA.

Bruce Blakey has guided his company through some of the most tumultuous times of the marine industry’s history and thanks to innovation, vision, and sound financial practices, Wesmar remained while many others closed or switched to overseas production. Along the way his innovative product designs and early attention to automation created recognition of him as not only an industry leader but also an industry pioneer.

Blakey is selling his life’s work to a new innovator who he says is poised to take the company and its products to new heights. The name of the company will remain the same. The company’s base operations will remain in Woodinville and staff will remain with the company, according to new its owner.

‘It is not every day someone can purchase a company with great potential and a 52-year-old-brand known worldwide. I’ve been looking for a company to purchase for the past year. My background includes innovative and specialised underwater products for the oil and gas industry, and I believe it fits with Wesmar’s underwater product focus,’ he said.

‘Wesmar has an established international network of loyal dealers, customers that include private and public, government and municipalities including sonar, bow thrusters, stabilisers serving a wide range of markets.’