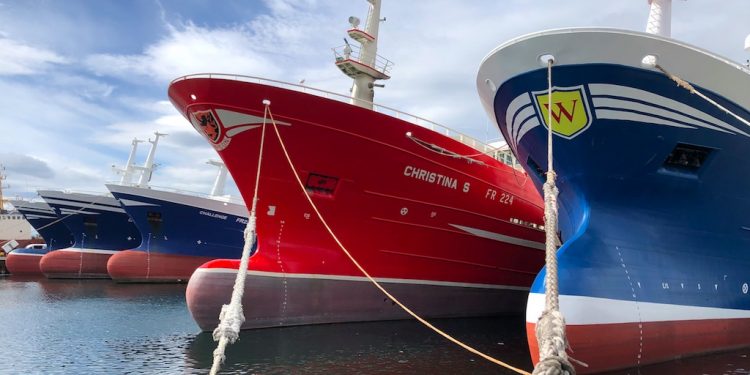 As national delegations prepare for next week’s meetings in London to thrash out TACs for next year’s pelagic fisheries in the North-East Atlantic, the MSC has warned that urgent action is required for the ecological and economic future of the species under discussion.

This year delegations from the UK, the European Union, the Faroe Islands, Greenland, Iceland, Norway and Russia are meeting, with the UK as the host nation. For the 2022 fisheries for mackerel, blue whiting and Atlanto-Scandian herring, the participating nations agreed on TACs – but not on how these should be divided, and several of the parties had no hesitation in setting unilateral quotas.

MSC certification for these fisheries has already been withdrawn, on the grounds that management of these stocks is in disarray and catch levels far outstrip the scientific advice.
It remains to be seem whether or not the coastal states will be able to come to an agreement now for next year’s fisheries – but it doesn’t look promising…

ICES states that catch levels of mackerel, Atlanto-Scandian herring, and blue whiting in 2021 exceeded scientifically advised limits by 27%, 31% and 23% respectively, while the MSC estimates that over the last six years, the overshoot on these three stocks combined totals more than 4,500,000 tonnes.

‘While ICES advice for blue whiting has increased significantly, there is no room for complacency because without an internationally agreed management framework, the future health of these stocks are put in jeopardy. Atlanto-Scandian herring in particular has declined in stock size by 32% over the last decade,’ an MSC representative commented.

The MSC is calling on policy makers from the fishing nations of the North East Atlantic to reach a shared agreement in line with the new scientific advice.

‘We therefore urge fishing nations to set aside national interests and commit to securing a long-term science-based agreement for the North East Atlantic pelagic stocks at the upcoming Coastal States meeting. Global challenges – like climate change and political instability – may make reaching an agreement more challenging. However, they also highlight the urgent need for long-term management agreements, so nations can sustainably manage fish stocks for now, and for the future.’