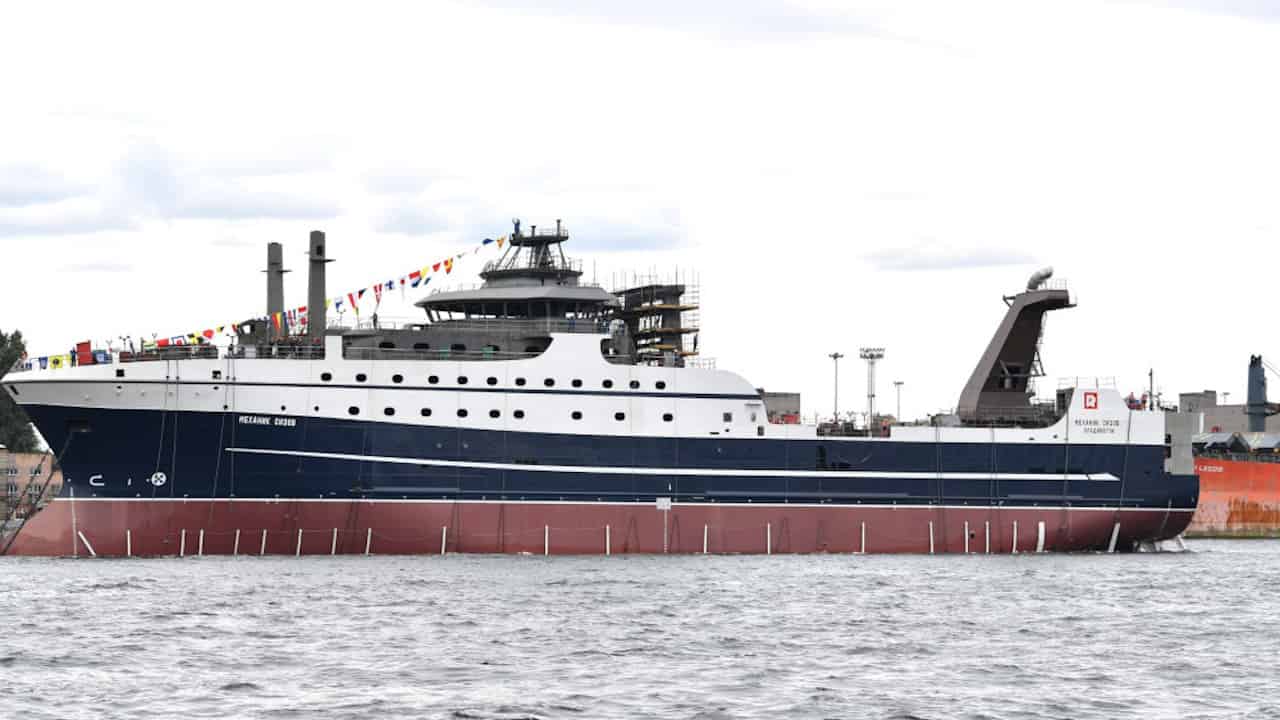 One of the series of new trawlers under construction for the Russian Fishery Company hit the water with Russian President Vladimir Putin watching at the Admiralty yard in St Petersburg.

The 108 metre Mekanik Sizov is the third in the series of ten such vessels being built for RFC at the yard under the investment quotas programme, while the company has already taken delivery of its first new trawler, Vladimir Limanov, which was built for the company in Turkey.

Mekanik Sizov is due to be commissioned in 2022 and the company has followed the tradition of naming its new vessels after leading industry figures.

Mekanik Sizov takes its name from industry veteran Vladimir Abramovich Sizov (1936-2013), who devoted more than 30 years to working on whaling and fishing vessels as between 1962 and 1992 he worked his way up from a junior engine room crew to chief engineer, and received a number of state awards during his long career.

‘Russia’s fisheries renewal is receiving a great deal of attention as an integral part of our food security,’ commented Deputy Minister of Agriculture Oksana Lut, the new trawler’s godmother, adding that 79 contracts have already been signed under the investment quotas initiative.

‘The Ministry of Agriculture has a strong interested in such projects. These will allow us to deliver high-quality finished products and, of course, increase the value of exports.’

The RFC vessels will operate under tough conditions in the Russian Far East, and the high-tech production systems on board are expected to enable the production of high-value products from pollock and herring catches, including the production of surimi.

‘With the commissioning of new trawlers, the Russian fishing industry will have a fundamentally new level of efficiency, environmental friendliness, and safety,’ said RFC’s general director Viktor Litvinenko.

‘The factories of these vessels have double the production capacity of those on our trawlers today, and at the same time, the environmental impact of these trawlers is half as much. Modern energy efficient technologies and a new generation engine enable us to reduce our carbon footprint.’ 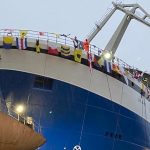 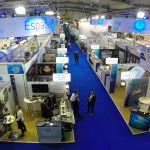 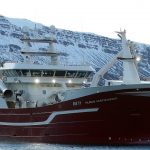