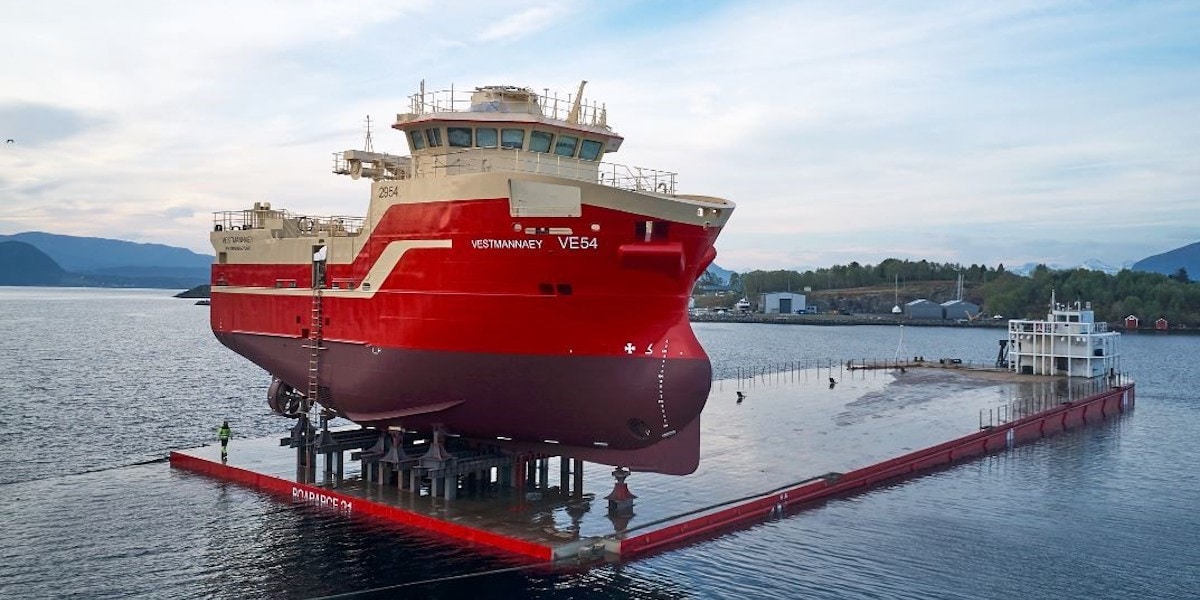 Catch handling deck for the two new Bergur-Huginn trawlers will be supplied by Skippurinn. Image: SVN

Akureyri company Slippurinn has signed a contract with fishing company Bergur-Huginn to deliver catch handling decks for its two new trawlers, currently under construction in Norway.
Innovative 29 metre fresher trawlers Vestmannaey and Bergey will be handed over this year by Vard and the catch handling facilities for each of the new trawlers will be installed once they reach Iceland.
Vestmannaey will be the first delivery and work on its catch handling deck is due to begin in mid-July, while Bergey is expected to follow in the autumn.
Slippurinn Akureyri will provide a complete installation that takes catches from the deck all the way to the tubs in the fishroom.
‘The catch handling decks of the trawlers will be fitted out with high-efficiency processing lines along with systems for bleeding and cooling, designed to ensure the best possible fish handling. There will also be a grading system on board to grade fish before they are transferred to the fishroom,’ said Slippurinn’s Ólafur Ormsson.
‘The catch handling deck design incorporates emphasis on systems that result in outstanding catch quality, easy access for cleaning and good working conditions. All of the design work has been done in close co-operation with the owners.’
Bergur-Huginn fleet manager Guðmundur Alfreðsson commented that there has been excellent co-operation with Slippurinn and there are some high hopes pinned to these two new vessels.
‘We expect to see more effective fishing and processing, and we’re certain that the quality of fish from these two trawlers will be first-class,’ Guðmundur Alfreðsson said.