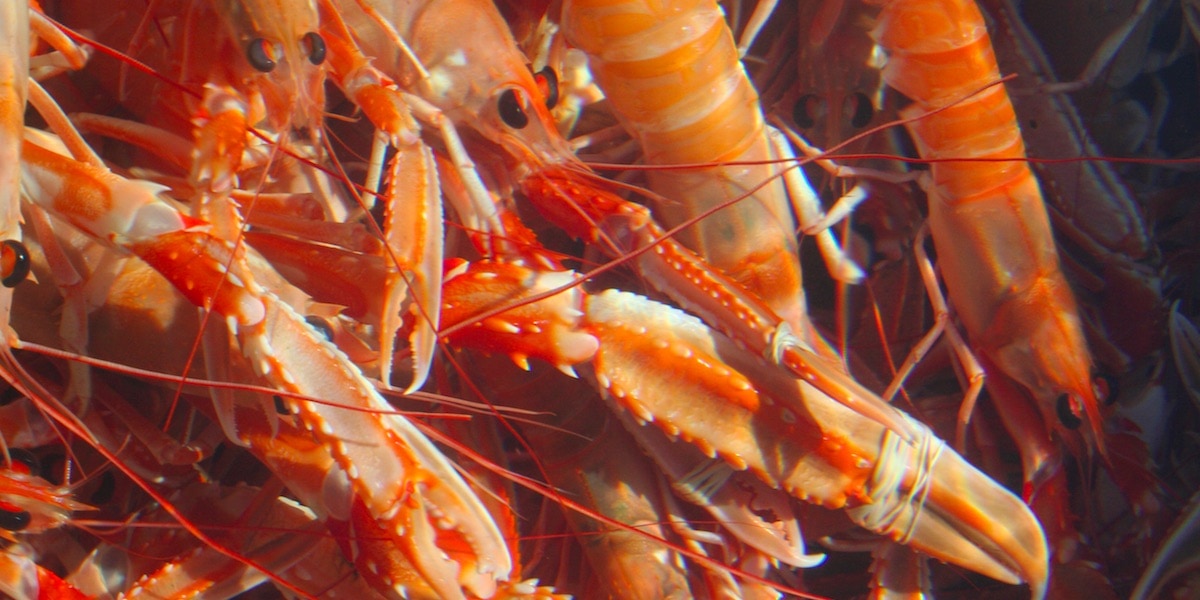 Scottish nephrops catches are down, while pelagic and whitefish sectors are up

Figures released by the Scottish government indicate that in 2018 the fleet of Scottish-registered fishing vessels landed 445,000 tonnes of fish and shellfish worth £572 million. That’s a tonnage drop of 20,000 tonnes, along with a marginal value increase of £12 million compared to 2017.
While the demersal sector’s landings were up and values increased by 7%, with 107,500 tonnes of whitefish worth £201 million landed in 2018, tonnages were down for both pelagic and shellfish landings. The pelagic sector landed 284,800 tonnes valued at £201 million – with catch valued unchanged – while the shellfish sector’s landings dropped by 15% and values by 7% as shellfish boats landed 52,900 tonnes of seafood worth £170 million.
The fall in shellfish landings is driven by lower landings of nephrops, scallops and velvet crabs. Nephrops (langoustine) are the most valuable shellfish species and the second most valuable species overall to the Scottish fleet, accounting for 11% of landings by value. In 2018, the total value of Nephrops was £63 million, 18% lower than 2017. There was a 16% decrease in tonnage landed to 18,000 tonnes.
Quota uptake for West of Scotland nephrops was 65%, while uptake for North Sea nephrops was only 50%. This reflects low uptake of Nephrops quota in recent years.
Mackerel remains the most valuable stock to the Scottish fleet, accounting for 29% (£163 million) of the total value of Scottish landings. In 2018, Scottish registered vessels landed 15% less mackerel by weight (153 thousand tonnes), in line with reduced quotas. Herring landed by Scottish vessels increased by 15% to 65,000 tonnes and the value increased by 1% to £24 million, indicating falling prices.
Cod landings in 2018 worth £44 million slightly exceeded the value of haddock landings at £43 million, as cod takes haddock’s place as the Scottish fleet’s top whitefish species. The value of monkfish landings increased 5% to £39 million in spite of a 2% decrease in tonnage to 13,000 tonnes.
The number of Scottish fishing vessels active in 2018 was 2087, with 4857 working fishermen, with both the number of vessels and fishermen slightly up on the previous year. The fleet growth is in the small-scale sector with the number of <10m vessels increased in 2018 to 1538, while the >10m sector dropped 13 vessels to 549.

Ten-year trend
Looking at the longer-term trends, compared to 2009, Scottish pelagic are up 39% with a 17% increase in value and demersal fishing is 4% up with a 14% value increase. Conversely, shellfish landings are 24% down compared to 2009, although 2018 values are 2% higher. Overall, the Scottish fishing sector has increased landings by 18% compared to ten years ago, and is seeing an 11% increase in earnings.