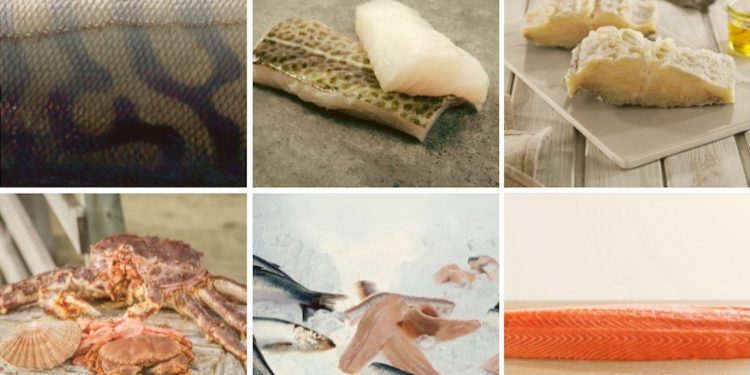 In the first half of 2019, Norway exported 1.3 million tonnes of seafood with an export value of NOK 51.2 billion. This represents a 13% decrease in volume against a 7% increase in value compared to the same period in 2018.

‘In value terms, this is a new record for Norwegian seafood exports in a six month period. Norwegian salmon accounts for about two-thirds of the growth in value this half-year, and we are also seeing a decent increase in value in the shellfish category,’ said Tom-Jørgen Gangsø, Director of Market Insight and Market Access at the Norwegian Seafood Council.
He added that the decline in volume compared to the same period in 2018 is mainly due to reduced exports of blue whiting and lack of a capelin quota.
‘Demand for Norwegian seafood remains steady, and we see better access to individual markets. In addition, the value of exports has been influenced by the currency situation, where a weak Norwegian krone has meant higher prices for exports of Norwegian seafood to euro and dollar markets. These factors explain a record-setting half year for Norwegian seafood exports,’ he said.

Norwegian producers exported 40,200 tonnes of fresh cod with a value of NOK 1.7 billion during the first half of 2019, which is down 21% in volume and 7% in value over the first half of last year.
‘The winter has been characterised by stable and high first-hand prices for cod, partly due to lower quotas and high competition for the raw material. The reduced quotas have also resulted in lower export volumes for fresh, whole cod. The exception here this winter is the export of fresh, whole skrei where we have seen record highs in both volume and prices,’ said Norwegian Seafood Council Seafood Analyst Ingrid K. Pettersen
On the other hand, exports of frozen cod totalling 40,100 tonnes and worth NOK 1.7 billion in the first half of 2019 is a 3% increase in volume while value are up 21%. China, the UK and Lithuania took delivery of the bulk of Norway’s frozen cod in the first half of 2019.
‘The strong growth of frozen cod to the UK so far in 2019 is mainly due to two things; strong competition for the raw material, lower quotas and higher price growth, and the fact that UK grocery chains want to secure enough raw material due to the uncertainty around Brexit. We have also received feedback from UK importers that consumer demand for cod remains strong,’ said Hans Frode Kielland Asmyhr at the Norwegian Seafood Council’s UK Trade Mission.

There was a moderate increase in herring exports, with 147,000 tonnes worth NOK 1.3 billion exported in the first half of 2019 – much the same figure as in the previous year.
‘The first six months have seen an increase in exports of frozen whole herring, while we see a decrease in exports of fillets. The reason for the reduction in fillet exports is reduced demand from Germany after they bought a lot of herring last fall. Although the volumes of frozen herring have increased, prices have remained stable. Expectations of lower supply can help to explain this,’Tom-Jørgen Gangsø said.

81,000 tonnes of mackerel worth NOK 1.4 billion were shipped overseas in the first half of 2019, an increase of 5% in volume and 38% in values, with China, South Korea and Japan taking the largest share of Norwegian mackerel.
‘Despite reduced quotas, we see growth in mackerel exports from Norway. The fear of the consequences around Brexit has meant that British fishermen have started earlier this year, and this has resulted in increased landings in Norway. Expectations of low supply of mackerel have given rise to higher prices and so we have seen the strongest mackerel half-year ever,’ he said.
‘Increased attention to health and nutrition, sustainability and the origin of seafood are trends that are evident in both Japan and South Korea. This is something that the retail chains have been concerned about and we see that this is starting to resonate with consumers. In addition, customers want convenience, which has led to large increases in demand for and supply of different types of mackerel products. The market is quite stratified and consumers can choose raw, fried, salted, boxed and miso-marinated, to name a few of the varieties on offer.
In recent years, the mackerel has moved from traditional forms to becoming popular for “ready to heat” or “ready to eat”, especially among young people. This also means that people want more ready-made mackerel products than the ranges we offer today, and consumption is changing somewhat in South Korea as it has increases in Japan,’ explained Gunvar L. Wie at the Norwegian Seafood Council’s Japan and South Korea Trade Mission.

There was a significant increase in king crab exports, with 844 tonnes valued at NOK 264 million exported, which is a volume increase of 24%, and a value increase of 35%.
King crab in South Korea
‘Fish and shellfish from Norway make up an increasingly large part of the seafood intake in South Korea. Demand for Norwegian seafood is increasing, which is also positive for the Norwegian king crab’s increasing market share,’ Gunvar L. Wie said.
‘It is estimated that live king crab in South Korea accounts for over 90% of the total volume. There are many seafood-specialised restaurants with seafood storage, and estimate that most of the Norwegian king crab that is consumed in Korea is sold in the restaurant market
7500 tonnes of shrimp were exported, with a value of NOK 552 million, representing a 65% increase in volume and 49% up in value over last year’s figures, with exports mainly to Sweden, the UK and Finland.
‘The shrimp product that has had the largest volume growth is raw, frozen prawns packaged as raw material for production in other markets, especially Iceland – which is almost entirely dependent on imports for its production. This has the effect of depressing the average price for exported shrimp,’ Ingrid K. Pettersen said.
‘At the same time, we have also seen growth in volume and price in our most important consumer markets. We have seen a large increase in export volume to the UK, which, as we have also seen for frozen cod, is partly explained by the ongoing uncertainty surrounding Brexit.’