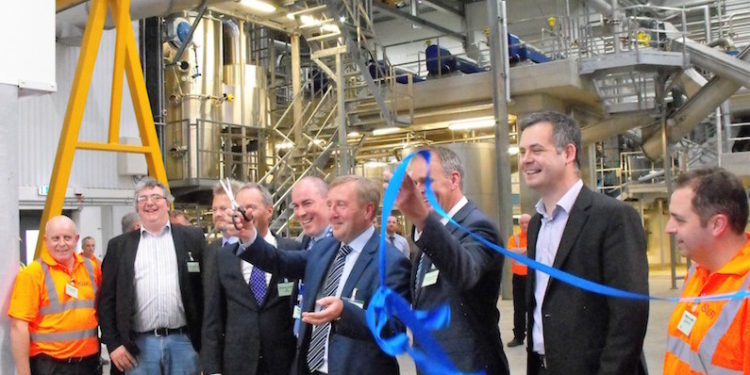 An investment by United Fish Industries (UFI, UK & Ireland) and its parent company, the Norwegian-based Pelagia Group, of €30 million has seen one of the most iconic fish processing plants in Ireland being totally redeveloped and reconstructed into one of the most modern marine ingredient plants in the world.

Originally built in 1957, the plant has been central to the fish processing industry not just of Killybegs, but has been a vital facility to both national and international fleets and, over the years, has made some notable advances in processing as they were the first to investigate the possible potential in processing of boarfish as an emerging raw material in 2005.

The plant employs 36 people and, throughout the major three-year redevelopment and rebuild project (during which the factory remained working to full operational processing capacity) some 200 people were employed on site.

The transformation of the plant was a unique complex design and build project as it essentially involved constructing a new factory on the existing site while maintaining production throughout the project.

General Manager of UFI, Frank Trearty commented that the redevelopment of the Killybegs plant took significant planning as essentially the old factory was demolished and a new one rebuilt during two phases, while the plant still took in raw materials and provided a service to the fishing industry.

‘The flexibility and ingenuity of our staff in the plant and wider group were central to this successful process,’ he said.

‘Sourcing the most efficient and reliable equipment was key to the redevelopment to create processing and engineering systems that will be highly energy efficient with lower (CO2 emissions),’ he said, adding that UFI have now installed the most up-to-date systems and redesigned the look of the old plant into a truly modern facility enhancing the reputation of Killybegs as Ireland’s premier fishing port. The look and feel of the plant has been radically transformed with the removal of old silos and tanks creating a modern plant on entry and exit to Killybegs.’

Ireland’s Minister for Agriculture, Food and Marine, Michael Creed officially opened the new plant during an event organised by UFI where national suppliers of raw materials from the processing and catching sectors, residents, representatives from the Department of the Marine, Donegal TD’s and local area county councillors where given a tour of the new facility.

‘This is a very significant investment by UFI and the board of Pelagia, the parent company of UFI, and is a major vote of confidence in Killybegs and the Irish fishing industry,’ Minister Creed said.R03;

The Board of the Pelagia Group flew in from Norway for the opening and members of this board who signed off on the multi-million investment include some of the global leaders in salmon farming and fish processing.

COO of Pelagia Feed, Arnt Ove Hoddevik commented that, of the 26 facilities of the Pelagia Group, UFI Killybegs is located in a key and central position in the group’s holdings on the western seaboard of Europe.

‘The investment is an indicator of the Groups continuing commitment to Ireland and the growth of its Feed Division,’ Mr Hoddevik said.