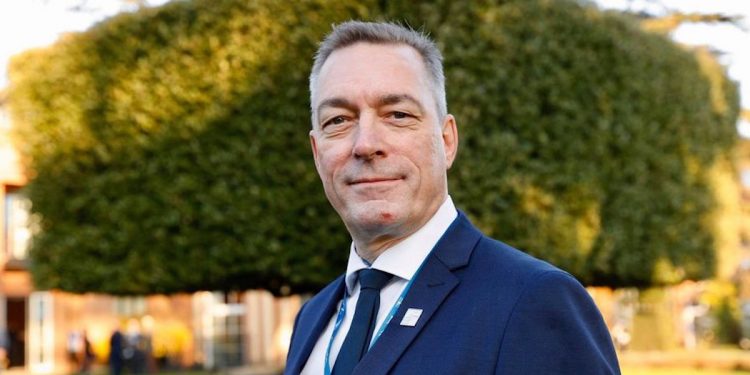 Norway has to wait for new Director of Fisheries

Frank Bakke-Jensen has been appointed to head Norway’s Directorate of Fisheries, taking over from Liv Holmefjord, although no date has been set for the handover to take place.

His appointment is for a six-year term, and official sources only state that he will take up his post when the ministry decides the time is right. The head of the Directorate’s statistics department, Per Sandberg, will stand in following Liv Holmefjord’s departure this month, until a suitable interim figure is in place.

The appointment is complicated – as FrankBakke-Jensen is a Member of Parliament and is currently also Norway’s Minister of Defence.

‘I have important issues to implement as Minister of Defence, and now I am fully and completely concentrated on defence policy,’ Frank Bakke-Jensen said.

‘At the same time, I am from Båtsfjord, and the seafood industry is part of my DNA. There will come a day when I am no longer a minister, and then I look forward to tapping into the energy of the fishing industry. I have a strong commitment to the coast, the seafood industry and local business,’ he said.

Frank Bakke-Jensen has been in parliament since 2009, and has been the Conservative Party’s fisheries policy spokesperson. At the end of 2016, he was appointed Minister with responsibility for EEA and EU, before becoming Minister of Defence in 2017. He was mayor of Båtsfjord 2007–2009.

‘In Frank Bakke-Jensen, we are getting a Director of Fisheries with great commitment to the sector and experience in both the legislative and executive authorities. This has been a process during which many candidates have been evaluated. Bakke-Jensen has emerged as the recommended candidate through this process,’ said Minister of Trade and Industry Iselin Nybø.

‘We get a Director of Fisheries with long and broad experience from municipal to international level, and with a solid understanding of the Norwegian management system.’