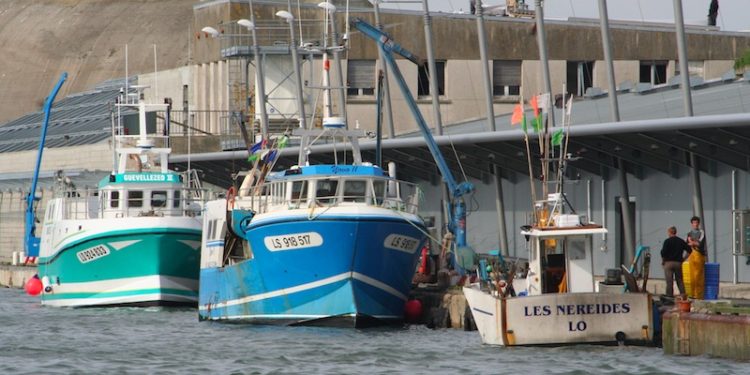 After 25 years serving the port community, Maurice Benoish, the current president of SEM Lorient-Keroman which manages and operates the fishing port of Lorient and its ship repair facilities, has decided to step down. The twelve directors have elected Jean-Paul Solaro to take over as the port’s new president

Jean-Paul Solaro takes over on the 1st of February and is already thoroughly familiar with the role he is taking on, having already been an official at SEM Lorient-Keroman and an advisor to its majority shareholder, Lorient Agglomération.

Maurice Benoish remains a director until the end of his term in June 2018. Maurice Benoish was elected president with the establishment of SEM Lorient-Keroman in 1993 and the subsequent 25 years have seen a number of innovative initiatives and investments, allowing Lorient to move forward even when times have been hard.

‘I went to sea in 1957, Maurice Benoish recalled. ‘For more than 60 years I have been involved with the Keroman docks and it’s a source of pride that the port is profitable. I wish good luck to my successor who will bring something new to the role,’ he said, commenting that as SEM Lorient-Keroman took over running the port, for the first time elected officials took a role in management and development.

Lorient has seen a great many changes, not least with the decline in offshore fisheries as landings fell from 55,000 tonnes in 1994 to 22,000 tonnes in the early 2000s. At the same time, there has been a greta deal of investment and development, including in the port’s 650-tonne synchrolift that has opened Lorient to ship repair work.

‘The transfer of ownership of the port to the Region of Brittany in 2007 made it possible to undertake the investments essential for its modernisation.’ he said.

‘In ten years, it has committed more than €40 million and SEM Lorient-Keroman nearly €20 million; and this continues,’ he said.

‘His ability to get things done, and his part in a longstanding relationship between private and public entities are assets that will make Jean-Paul Solaro the right person to continue the activities that have over the last 25 years made Lorient a market place and a first-rate fishing hub,’ says Norbert Métairie, Mayor of Lorient and President of Lorient-Agglomération.