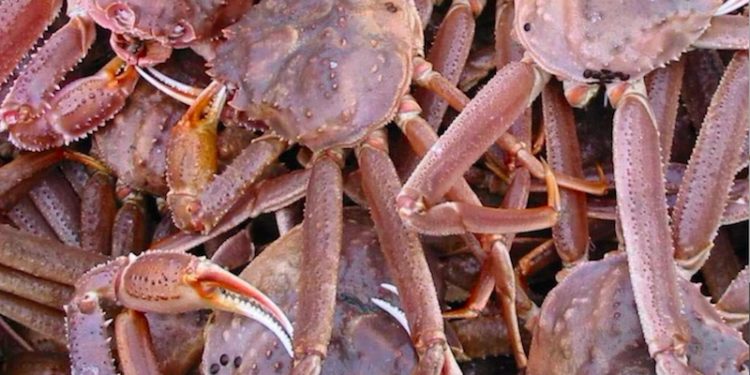 The MSC certificate for the Southern Gulf of St. Lawrence (SGOSL) snow crab trap fishery in Canada has been suspended by certifier SAI Global (SAIG). The certifier concluded that based on new information including the Incident Report on 2017 right whale mortalities in the Gulf of St. Lawrence, the fishery no longer meets the MSC Fishery Standard related to Endangered, Threatened and Protected species.

As a result of the MSC certificate suspension, when the 2018 fishery opens in April, the landings from crab fishing areas 12, 12E, 12F and 19, cannot be sold as MSC certified or bear the MSC label.

‘We have been working with Fisheries and Oceans Canada (DFO) and all the fishers’ associations in the Southern Gulf of St. Lawrence to address the tragic events of summer 2017,‘ said Peter Norsworthy, Representative of the Affiliation of Seafood Producers Association of Nova Scotia which co-ordinates the MSC fishery client group.

‘There is a collective will to make sure this is never repeated again and we are strongly advocating for effective solutions. We use MSC certification to provide assurance to buyers that the fishery meets a high bar for sustainability. We are committed to returning the fishery back to the position where it meets the MSC Standard once again.’

The fishery client group has 90 days to submit a Corrective Action Plan to address the issue and re-establish compliance with the MSC programme. If the plan is submitted within the time limit, the certificate will remain suspended while the plan is implemented and the issue(s) resolved.

The suspension can only be lifted once the certifier conducts a further review at the completion of the action plan.  If the fishery client group is unable to submit a satisfactory plan within 90 days, the certifier will withdraw the fishery certificate.

In response to the whale deaths DFO closed a portion of the SGOSL fishery on July 14, 2017 and the season ended for the vast majority of the fishery on 25th July.

SAIG initiated the expedited audit of the SGOSL snow crab fishery in October 2017, consulting with the fishery, DFO officials, scientists and other NGO representatives to fully evaluate whether the fishery’s practices continued to meet the MSC Standard.

‘The North Atlantic right whale mortalities over the past year are deeply saddening and everyone, through collective action, is working to develop solutions as quickly as possible,’ said Jay Lugar, MSC Program Director for Canada said.

‘The suspension reflects a strength of the MSC program in its provision to account for changes in the highly dynamic, natural ecosystems in which fisheries operate. We are pleased that the fishery remains committed to the MSC program and wish them every success in implementing a Corrective Action Plan.’