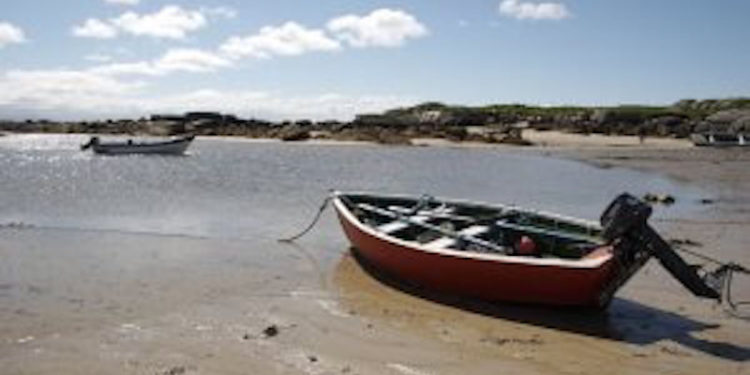 According to LIFE, island communities in Ireland could thrive if allowed fair access to fisheries. The geographical isolation of islands makes them highly dependent on the resources available within their localities, especially fisheries resources.

‘The right to fish, and to access fishery resources are prerequisite to the prosperity and very survival of such island communities. Banning islanders from the sea and fishing is to take away their lifeblood,’ said Brian O’Riordan at LIFE.

‘But that is what the European Common Fisheries Policy is being misused to achieve.’

He commented that Irish island communities are no longer allowed to carry out their traditional seasonally diverse fishing ways of life, but must focus on one or two non-quota species the year round.

‘Not only does this put a strain on these resources, but fishers must also face the prospects of their gears being towed away by supertrawlers that are allowed to fish with impunity in their waters, and to catch quota species they are barred from catching. Meanwhile the authorities look the other way, while the trawler owners claim they are acting legally,’ he said.

‘Small remote islands in Ireland and many other European Member States rely on tourism, where eating fish, going out to sea, witnessing the catching of fish, where the bustle of small boats and fish landings in local harbours form an integral part of the attracting tourists. Without such attractions, tourism will die.’

He said that the film “A Turning Tide in the Life of Man” by Loic Jourdain, recently screened in the European Parliament by the Low Impact Fishers of Europe (LIFE) in partnership with Marian Harkin MEP, highlighted that the survival of island communities is being sacrificed to larger scale interests by European and national policies that are blind to the needs of most European citizens.

‘It also showed how national authorities often play a cynical blame game with “Brussels” blaming European policies and ill-defined Brussels agents for the wrong-headed decisions they themselves have taken.’

The film spans eight years and follows island fisherman John O’Brien. From the banning of offshore salmon fishing in 2006 and restrictions on small island fishermen as part of cod conservation measures two years later, the film throws a light on the maze of fishery regulations in Ireland and the EU.

He said that John and other island fishermen have fought through to the highest levels of EU fishery policy, succeeding in getting islands officially recognised in the current CFP. They have worked, in parallel, within the Irish legislative system to get a cross-party Dáil Report on fisheries published in 2014. The new CFP also contains many provisions, such as Article 17, which could be used to the advantage of small island communities, if the political will was there at national level.

Following the film screening, Mairead McGuinness, Vice-President of the European Parliament and MEP for the Midlands-North-West of Ireland, called on the European Commissioner for the Environment, Maritime Affairs and Fisheries, Karmenu Vella, to pay more attention to the issues raised by the film.

‘People react against the EU because they perceive it to be just for the larger (interests), be it fishermen or others, and not for local communities,’ she said, urging commissioner Vella to ‘support low impact fishers, and to take on board their concerns.’

The cross-party Dáil Report on fisheries referred to above, published in January 2014, put forward 29 recommendations, three of which have been prioritised by islanders: Heritage Licences, locally led Managed Areas and Social Welfare reform for share fishermen.

‘It is over eleven years since the filming started. Action now by the agencies responsible for Irish island fisheries will ensure that island communities will continue to survive and add to Ireland’s rich maritime heritage,’ Brian O’Riordan said.