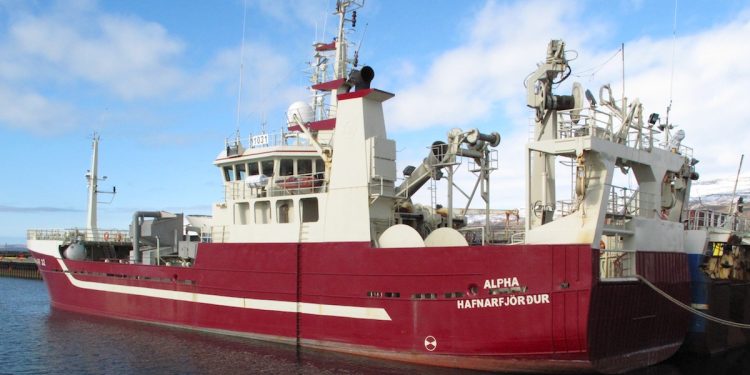 In the wake of the cash-for-quotas scandal that has shaken Iceland’s business community over the last week as fishing company Samherji stands accused of bribing senior government figures in Namibia and evading tax on the proceeds of its activities, the Icelandic government has responded with a series of measures to rebuild trust.

These include an initiative by Minister of Fisheries Kristján Thór Júlíusson to support a wide-ranging audit to be carried out by the UN Food and Agriculture Organisation of the activities of companies engaged in fishing and trading in fishing rights, including in developing countries. The aim is that the audit will provide the basis for recommendations for improvement, in co-operation with international bodies that work towards establishing honest business practices, and against corruption, bribery and money laundering.

According to a statement by the Prime Minister’s office, the FAO has already been instrumental in reaching international treaties on IUU fishing and towards improving data collection relating to fisheries.

The Icelandic government has also begun preparation of a Parliamentary bill proposing a greater requirement for provision of information to be placed on companies with significant influence on Iceland’s economy, with reference to the requirement for publicly listed companies. This is intended to increase transparency, ensuring a more open environment, and this is in accordance with IMF recommendations.

These requirements would apply to all commercial enterprises and Minister of Fisheries Kristján Thór Júlíusson has requested that the question should be examined of whether there should be even stricter examination of larger fishing companies.

The regulations governing the quota ceiling that can be allocated to companies are to be clarified, in the light of a report into the Directorate of Fisheries stating that the Directorate is not expected to check that the quota levels held by linked entities is in accordance with the legally defined limits.

In March this year the Minister of Fisheries appointed a working group to provide recommendations on improved monitoring of marine resources, including the issue of quotas held by linked entities. The working group has now been asked to deliver its findings by 1st January.

Additional funding has been pledged towards tax investigation, taking into account the highly complex nature of such cases, allowing these authorities to take on more staff.

Prime Minister Katrín Jakobsdóttir has elaborated on the measures that are either in progress or in preparation towards increasing levels of transparency and trust, such as changes to legislation relating to the protection of whistleblowers, and a bill in preparation concerning the avoidance of conflicts of interest.

Minister of Justice Áslaug Arna Sigurbjörnsdóttir has stated that additional funding to the District Prosecutor’s office is being considered, in connection with the Samherji case. The Samherji case has been discussed by the cabinet in relation to Iceland’s international relations, and neither the Ministry of Foreign Affairs, consulates nor trade missions have reported relevant significant requests for information from other governments or from national or international organisations. The Ministry of Foreign Affairs will continue to monitor the situation and has prepared responses in the event of questions concerning Iceland’s reputation internationally.