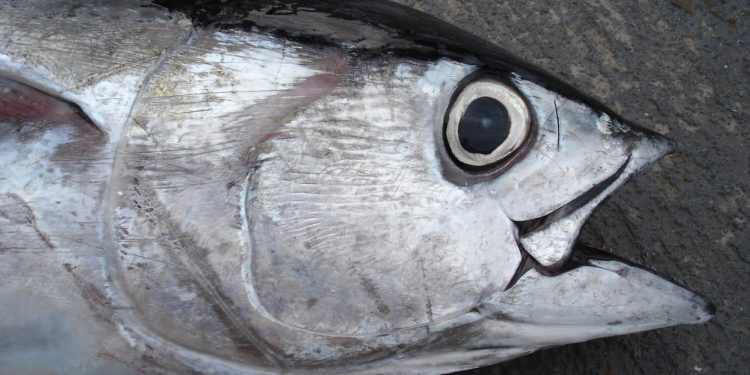 In spite the numerous requests from the EU on all countries to take proportional effort and responsibility towards the good management and full recovery of bigeye tuna, according to European fishing industry body Europêche, which states that some countries have been increasing catches of tropical tuna stocks in the last decade, in stark contrast with the catch reductions for the EU fleet.

Europêche represented the European fishing fleet at the 27th ordinary meeting of the International Commission for the Conservation of Atlantic Tunas (ICCAT) which came to an end after a week of intensive negotiation.

ICCAT parties decided to set a TAC of 62,000 tonnes for bigeye tuna, a roll-over of the TAC of 110,000 tonnes for yellowfin, as well as a period of closure of fishing on FADs reduced from three months to 72 days over the entire area of the Atlantic.

‘An increase in the bigeye tuna TAC to 75,000 tonnes was possible and within the limits set by scientific recommendations. This would have particularly benefited some developing coastal countries and, as such, it was a missed opportunity,’ said Europêche President Javier Garat.

‘Europêche regrets the continuation of the FAD closure, although slightly reduced, given its excessive socio-economic impact. Nevertheless, European tuna fishing vessels will continue to follow and respect ICCAT’s recommendations.’

Concerning the North Atlantic albacore stock, the industry has criticised what it sees as an unjustified introduction of a precautionary approach, much stricter than usual for a stock that is in a healthy condition. In addition, the stock will remain underexploited given the absence of a revision of the management objectives which will be addressed next year by the ICCAT’s scientific committee.

‘Regrettably, our fishermen have not stopped tightening their belts on their national quota since 2016 due to a lack of timely legislative action,’ Javier Garat said.

Shortfin mako shark has been the subject of extended debate leading to a retention ban for 2022 and 2023, pending an assessment by the scientific committee on the possible retention of already dead specimens. The retention on board of mako sharks that arrive dead to the vessel was defended by the European Union and the sector.

‘The president of ICCAT’s scientific committee already specified in 2019 that discarding dead fish does not bring any conservation value to the rebuilding of the stock. Besides, it’s a waste of food, prevents the collection of scientific data and does not recognise the efforts made by EU fishermen who have reduced their catches by almost 40% in the last few years,’ Javier Garat said.

Europêche has once again criticised the opposition and veto by certain Asian nations on introducing an obligation to provide more data to scientists and to land fins naturally attached to carcasses, an obligation already applied in the EU.
‘ICCAT should be categorical on this point – no data, no fishing,’ Javier Garat said.