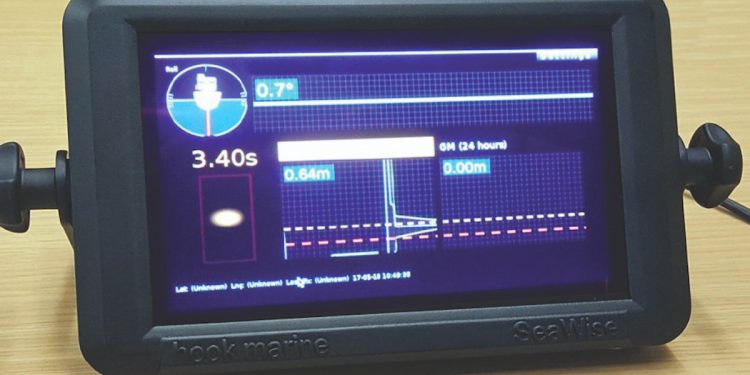 Hook Marine Ltd, the Ayrshire-based engineering specialist, has appointed Brixham company Tecmarine as its distributor for the south of England.

Hook Marine specialises in engineering equipment to enhance safety at sea, in particular for the fishing industry, and the recent launch of their SeaWise stability monitor for fishing vessels is the trigger for this new partnership.

‘We are looking forward to working in partnership with Tecmarine, who are long established and well known for their sales and service activity in marine electronics.  We see their appointment as key in our efforts to reducing the accident rate in the UK fleet as a whole,’ said Hook Marine director Ken Smith.

The ports of Brixham, Plymouth and Newlyn currently handle around 12% by value of the entire UK catch, and this makes the area a significant one for Hook Marine.

The SeaWise monitor is designed to provide early warning of declining stability while at sea, and to address the tragic rate of vessels lost at sea, over 60% of which are believed to be due to inadequate stability.

Stability is a constantly changing factor in a vessel as fuel and water are consumed, and the catch is taken on board. Accident reports reinforce the message that stability is a dynamic parameter, and measurements made at the outset of a voyage give only part of the picture.

‘We are delighted to have been selected by Hook Marine as the distributor for the SeaWise monitor in the South of England,’ said Terry Smith, director of Tecmarine.

‘The SeaWise monitor empowers fishermen by enabling them to have an accurate indication of the state of stability at any time whilst at sea, automatically updating for changes in fuel, water or catch on board and their combined effects on stability. Tecmarine is pleased to be part of this important safety initiative.’