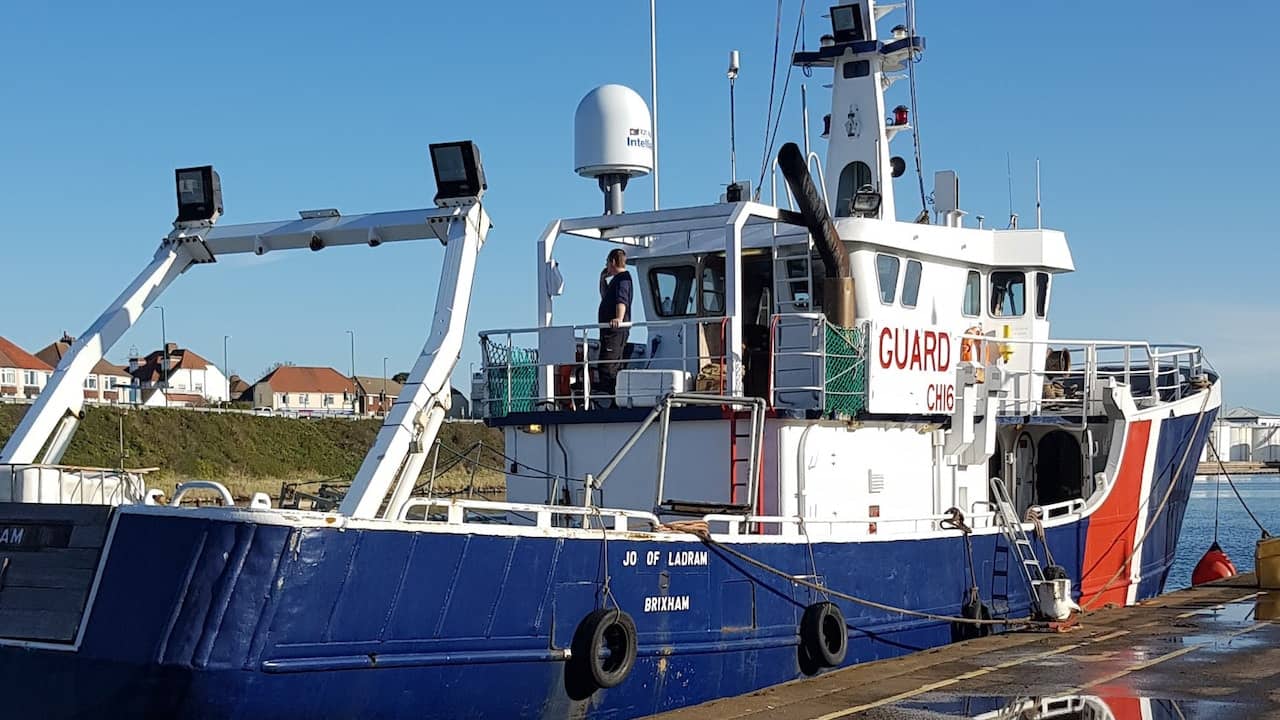 UK fishing company Waterdance Ltd has added the Jo of Ladram to its expanding fleet. The former trawler George Johannes, Jo of Ladram will be employed on guardship duties from November 2019. The vessel is also available for charter as a survey vessel.

Jo of Ladram has a 26 metre overall length, and has an Industrie 8-cylinder main engine providing a top speed of up to 12 knots and a 10-knot cruising speed. Accommodation is for 3-5 crew, plus 8-10 passengers, and Jo of Ladram has a heated survey room with work stations and a saloon with seating for 10. The aft deck also has the capacity to take a 20ft container.

Jo of Ladram will initially be deployed to the IFA2 project in the English Channel, guarding the laying of an electricity inter-connector cable between the UK and France.

Waterdance is a family-owned fishing company and is part of the Greendale Group, now operating more than 20 boats based in Devon and Cornwall, including beam trawlers, netters, potters and scallopers, with a new 35-metre beam trawler currently under construction.

Catches regularly include sole, plaice, hake, cuttlefish and pollack, as well as whelks, crabs and lobsters. The majority of Waterdance fish is sold through local fish markets (such as Brixham and Newlyn), and its boats also supply seafood directly to the fish counter at Greendale Farm Shop.