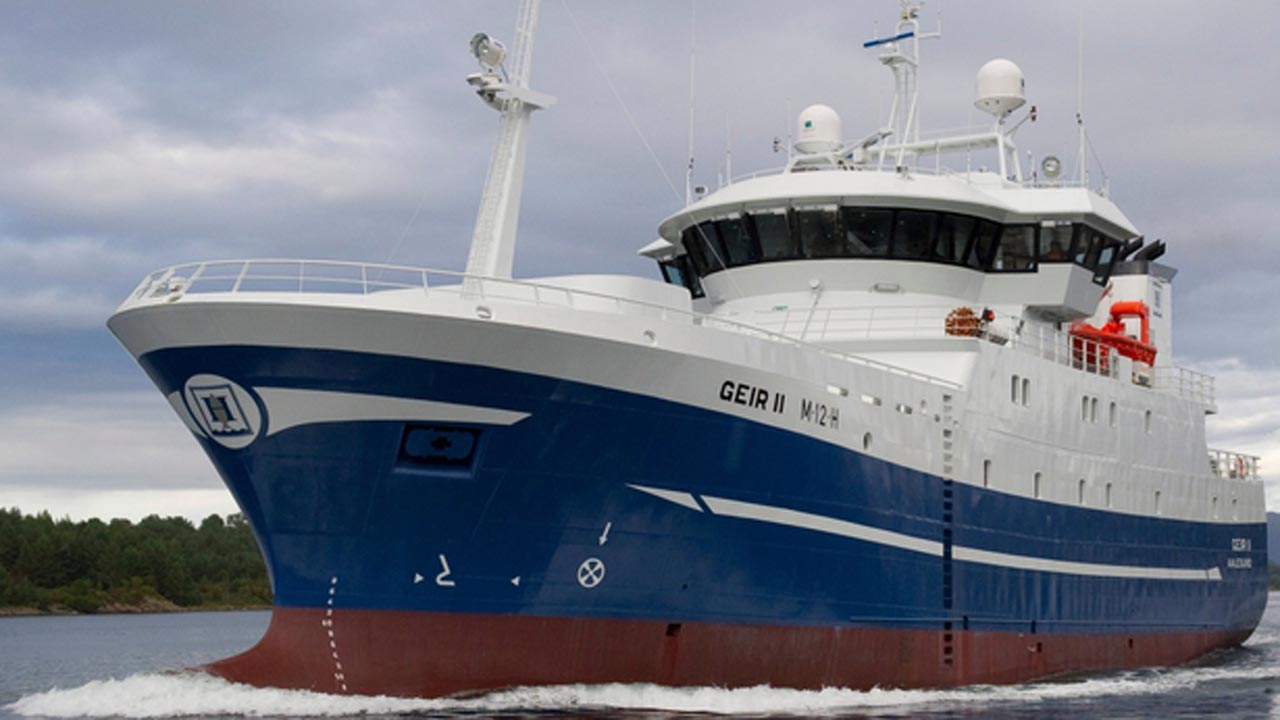 As Norwegian fishing company HP Holmeset prepares to take delivery of its new Skipsteknisk-designed Geir from Vaagland Båtbyggeri at the end of this year, the current Geir II has been sold to Faroese owners.

Klaksvík fishing company Sp/F Undir Klakki has signed an agreement to purchase Geir II, which will become the new Klakkur.

Built in 2010, Geir II is one of the most modern longliners in the world, with a 51.30 metre overall length, a 12.40 metre beam and a moonpool for hauling its gear.

Its full factory deck is equipped for both fillet and H&G production, with a 370 tonne fishroom capacity. Geir II/Klakkur has outstanding crew facilities on board with single en suite cabins for the whole crew, plus a gym and a number of other activity rooms.

Sp/F Undir Klakki will take delivery of their new vessel on 2nd January next year.