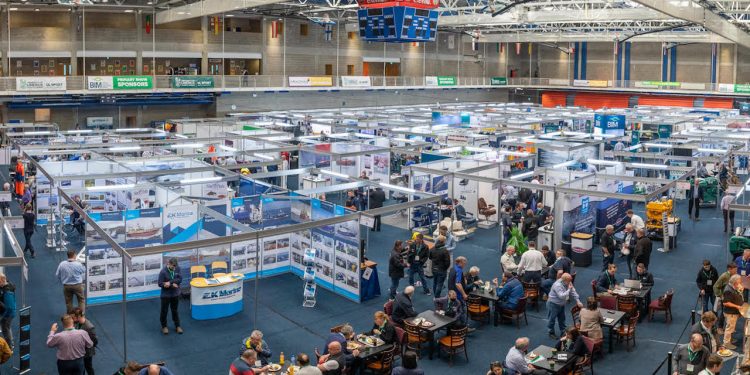 Following the solid success of the Irish Skipper event held in Limerick last month, for an industry that has been starved of the usual fisheries events for the last couple of years, the tenth anniversary Scottish Skipper expo is now coming up in Aberdeen – to be held for the first time in its new venue.

Sharon Boyle of show organiser Mara Media reported that the feedback from Limerick – also held for the first time in its new venue – indicates that a lot of business was done at the show, both with visitors and between exhibitors.

‘We saw a huge turnout of visitors on day two (Saturday 26th March) and a great buzz around the arena with people from across Ireland, the UK and Europe in attendance,’ she said, commenting that the focus is now on ensuring the tenth Aberdeen exhibition will also become as resounding a success as the Limerick event turned out to be.

With close to 200 hundred exhibiting companies booked to take part as the show moves to the P&J Live arena in Aberdeen, this is an event that has doubled in size since it was first held a decade ago, making it the UK’s leading fishing industry event.

‘After a challenging two years caused by the pandemic, it’s fantastic that the UK fishing industry will once again have an exciting event to meet existing and new customers, and where people can meet and socialise in a friendly and relaxed environment,’ she said, commenting that the line-up of participating companies provides an outstanding showcase for the Scottish and wider UK and European fishing sectors that includes a strong overseas representation, including three of Denmark’s leading fishing ports.

The smart new is clearly appreciated by exhibitors, offering more space and better facilities in every way.

Sponsored by the Scottish Fishermen’s Federation, Scottish Skipper Expo 2022 will feature virtually every type of equipment and support service available to the fishing industry today.

‘This will be the tenth anniversary of the expo,’ Sharon Boyle said.

‘It’s now firmly established as one of Europe’s most important fisheries expos, with an international reputation for being a great place to do business.’