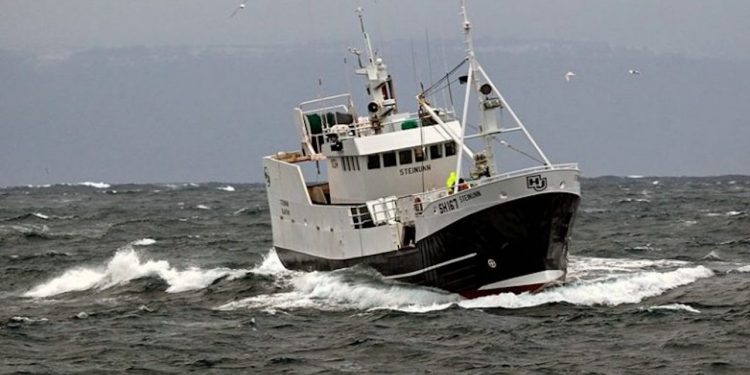 Icelandic fishing and processing FISK Seafood has bought into Ólafsvík company Steinunn hf via a subsidiary company in the west of Iceland.

Steinunn hf is a long-stablished company operating seine netter Steinunn SH-167. The company has for fifty years been in the ownership of five brothers and their families, but once the purchase has gone through, FISK Seafood will hold a 60% share and brothers Brynjar and Ægir Kristmundsson and their families will each hold a 20% stake in the company, plus they continue in their present roles as skipper and engineer on board Steinunn.

The other owners all sell their shares to FISK Seafood, which has stated that there are no changes expected to be made to the way the company is run.

‘We appreciate the company with its long history of activity now has an opportunity for renewal,’ commented Brynjar and Ægir Kristmundsson.

‘This is a large and important step for FISKSeafood in seeking to boost its operational diversity in fisheries, processing and sales of Icelandic seafood,’ said FISK Seafood’s managing director Friðbjörn Ásbjörnsson.

‘We see the Snæfellsnes region was a key part of our continuing efforts and for me personally it is a pleasure to be back in this way in the area where I grew up. I’m certain that we have a lot to learn from the brothers. They have fished diligently in this area for and I’ve admired what they do for decades. Steinunn has long been one of the top catchers and involvement in this company is something to look forward to.’

He commented that FISK Seafood’s aim with the purchase is to bolster its involvement in coastal fisheries and the company has already taken steps in this direction. The proximity of the Snæfellsnes region to the rich Breiðafjörður fishing grounds is a great advantage, as are the activities of FISK Seafood’s subsidiary company Soffanías Cecilsson ehf in nearby Grundarfjörður.

‘The involvement of Friðbjörn Ásbjörnsson with his strong understanding of fisheries in the Snæfellsnes region and the strengths of FISK Seafood promise that we have a healthy future. This is co-operation that isn’t just about ambitious aims, but is also built on a long friendship and mutual trust. That makes a difference,’ said brothers Brynjar and Ægir Kristmundsson.

Steinunn SH-167 was built at the Stálvík yard in Iceland in 1971. It has a roughly 1100 tonne overall quota, or which 850 tonnes are in cod, haddock, saithe, plaice and other groundfish species. The purchase price for the 60% shareholding in Steinunn hf is reported to be ISK 2.5 billion, and the acquisition is subject to approval by the Competition Authority.