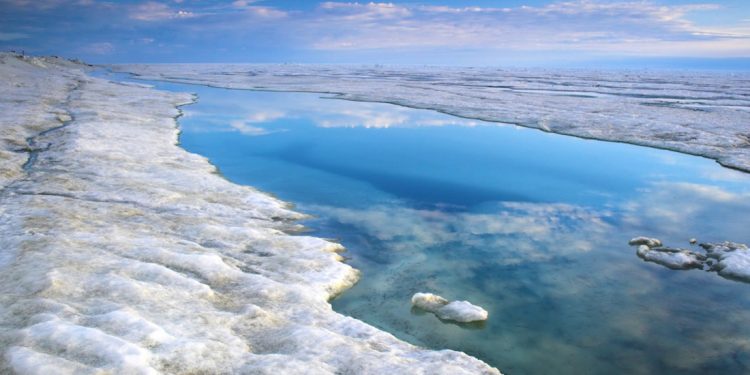 The ten signatories to the Agreement to Prevent Unregulated High Seas Fisheries in the Central Arctic Ocean met earlier this month earlier to discuss science-based management of fisheries in Arctic waters.

The agreement sets out a ban on unregulated fisheries in the high seas portion of the Central Arctic Ocean for 16 years. During this period, a scientific research and monitoring programme will be put in place.

The aim of the meeting was to discuss concrete ways to implement this programme as around 40 scientists participated in the first meeting of the Provisional Scientific Coordinating Group (PSCG) established under the agreement.

Participants provided information on existing national and international programmes that improve the understanding of the ecosystems of the Central Arctic Ocean, in particular examining ways and methods to determine fish species that exist in the area now or could appear in the future, and which could be fished sustainably.

Specific tasks of this group include designing the scientific programme to collect new data on the different components of the ecosystem, and identifying processes and mechanisms to incorporate indigenous and local knowledge in the scientific process.

Participants made progress on exploring and identifying different scientific methods and approaches beyond the standard methodologies for fishery studies, such as surveys at sea using echo sounders or trawling, or a combination of both.

Some of these methods are not currently feasible in the environment of the Arctic. Scientists also exchanged ideas on how to best access the harsh research area, which include oceanographic ice-breaker expeditions as well as deployment of buoys.

The EU has taken a leadership role in the scientific commitments under the new agreement. It is one of the first signatories to contribute to the scientific programme with new research. EU funding through the European Maritime and Fisheries Fund (EMFF) enables a consortium of European researchers to collect data on ecosystems in the Central Arctic Ocean.

The research group is currently taking part in the year-long MOSAiC expedition on board the German ice-breaker Polarstern. Later this year, it is likely to be part of the SAS-expedition with the Swedish ice-breaker Oden.

Although the Agreement to Prevent Unregulated High Seas Fisheries in the Central Arctic Ocean has not yet entered into force, the parties have agreed to start working on its implementation already, in particular the Joint Programme of Scientific Research and Monitoring (JPSRM), by installing the Provisional Scientific Coordinating Group (PSCG) that had its first meeting.

So far, the EU, Denmark (on behalf of Greenland and the Faroe Islands), the Russian Federation, Canada, Japan, South Korea and the United States have ratified the agreement. It will enter into force when the three remaining signatories (China, Iceland and Norway) ratify the agreement.