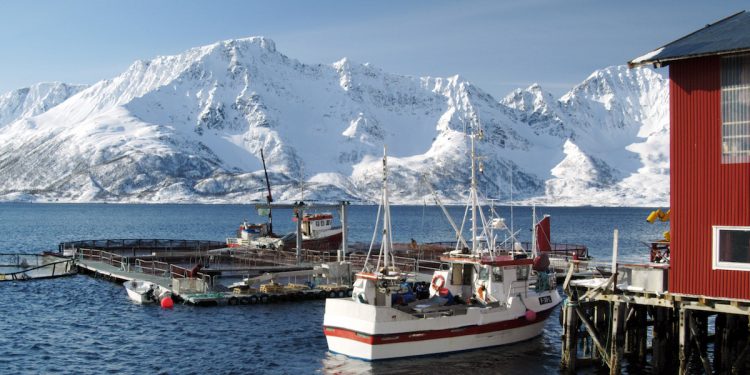 Demand down all round for Norwegian seafood exports

‘So far we have seen a fall in demand for Norwegian seafood overall. For example, salmon export volumes are stable while the price measured in Euro has fallen by about 30%. The expected fall in purchasing power also creates uncertainty about future demand, for example for clipfish,’ said Tom-Jørgen Gangsø, director of market insight and market access at the Norwegian Seafood Council.

According to Norwegian Seafood Council analyst Ingrid Kristine Pettersen, a decline in exports of fresh whole cod during the corona period can be attributed to both reduced demand and reduced catches as a result of bad weather.

‘The shift in exports of fresh cod towards processing markets such as Poland and the Netherlands also continued last week. Increased demand for frozen and fresh prepackaged products in grocery in several markets explains some of this growth,’ she said.

‘However, the growth in retail does not seem to outweigh the loss from the more or less full closure of the restaurant segment. This contributes to the price fall measured in NOK, from historically high levels earlier this winter to the same level as last year. This is despite a weak Norwegian krone.’

Exports of fresh cod fell by 7% in week 17 compared to the same week last year, to 1119 tonnes. In addition to Denmark, which is a traditional reloading market, last week also saw growth in exports to the Netherlands and Poland.

‘We are now well into the final week of the skrei season and exports for the season are expected to fall significantly below last year’s record volumes. Regardless of the weather, exports of cod have fallen significantly since the corona restrictions were implemented. The main reason is reduced demand from the restaurant segment in key markets. At the same time, there has been a positive development for skrei in grocery in Spain,’ she reports.

The situation in Portugal with increased unemployment and weakened purchasing power has resulted in a drop in cod clipfish exports – down by 51% in week 17 compared to the same week last year.

‘Most households in Portugal believe that their daily routines will be affected over the next two months. Economically, most consumers expect to cut back on their spending and be more cautious about personal consumption. The demise of the tourist and restaurant market over time, together with reduced purchasing power, can lead to a decrease in the consumption of clipfish,’ said Johnny Thomassen, the Norwegian Seafood Council’s country director in Portugal.

‘As long as the corona restrictions continue in Brazil, and until Brazilians get back to work, there will be significantly reduced demand for clipfish in the market,’ said Øystein Valanes, the Norwegian Seafood Council’s country director in Brazil.

‘Surveys show that 80% of Brazilians buy only basic goods as a result of the crisis: rice, beans, potato and cheap animal proteins. At the same time, during the financial crisis, even with reduced purchasing power, Brazilians prioritised buying clipfish. The sharpest oil price fall in modern times along with political instability further contributes to the fact that it will take time for the Brazilian economy to pick up.’