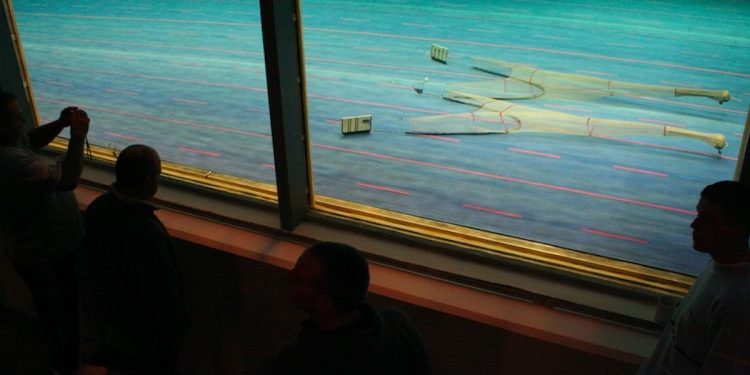 With more than 30 years of fishing experience behind him, David Warwick has joined Seafish as its new fishing gear technologist, taking over from Mike Montgomerie who retired at the end of last year after 22 years in the role.

David first set foot on a fishing boat at the age of five when he went to sea with his father and was one of the youngest to obtain a skipper’s ticket, passing all the exams at Banff and Buchan College when he was 20. He stayed in Scotland for a few years, fishing on a number of trawlers, before running his own trawler, Valhalla, from Mevagissey, where he lives.

‘Fishing’s in my blood. I’ve been on every type of fishing boat,’ he said.

‘I saw the Seafish role and felt the time was right to come ashore. I wanted to still be involved in fishing in some way and keep in touch. This is perfect and it’s my way of giving something back to the fishing community.’

He’s looking forward to carrying on the regular training courses held at the North Sea Centre flume tank at Hirtshals in Denmark. He had already attended these courses several times, which was where he first encountered Mike Montgomerie. A further part of his role will be to work on gear trials and selectivity.

‘When I decided to retire people asked me if I knew of a suitable replacement and I couldn’t think of anyone,’ said Mike Montgomerie, who will be working alongside David to begin with to help him into the new role.

Check out Hook & Net’s interview with Mike Montgomerie, looking back on his long career fishing and subsequently as Seafish’s fishing gear technologist.

‘But when I saw the list of candidates and saw Dave Warwick’s name on it, I couldn’t have thought of anyone better. I never thought he’d leave fishing. Dave’s knowledge of gear and his knowledge of the industry around the country are probably better than mine when I joined. He’s been fishing around different gears and I would say in a couple of years he’d have been shoving me out of a job anyway,‘ he said.

‘I am so pleased that the work on innovative fishing gear is being continued, especially with someone so knowledgeable, and I wish him and Seafish all the best.’