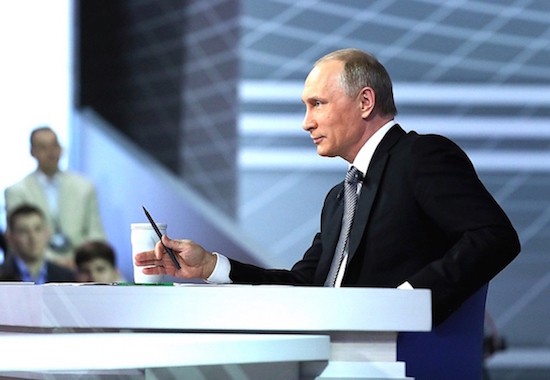 The former director of the Ostrovnoy fish processing plant in the far eastern Kuril Islands has been detained by police, reports the TASS news agency, after the factory’s staff complained direct to president Vladimir Putin during a phone-in boradcast.

Natalya Kashkarova was due to appear before a court last week following her arrest on the island of Shukotan when she was escorted to the regional centre of Yuzhno-Sakhalinsk to face charges, along with the company’s founder Yuri Belkin.

Workers at the plant had complained to president Putin about delays in wage payments and difficult working conditions at the factory, saying that complaints to the local prosecutor’s office had brought no response.

Earlier this year, a Yuzhno-Sakhalinsk court had found Natalya Kashkarova guilty of failing to pay 2 million rubles (€30,000) in back wages owed to staff and was given a 30-month suspended sentence.