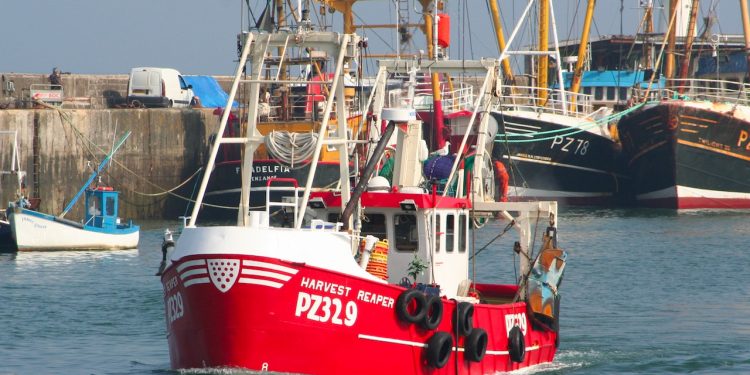 A new fishing apprenticeship has been given the green light and anyone looking for a career at sea will have the opportunity to start an 18-month Commercial Fishing Apprenticeship, a process which has been led by the Cornish Fish Producers’ Organisation (CFPO).

The CFPO announced the approval of a new national fishing apprenticeship standard, designed by experienced skippers, crew and CFPO Youth Board members. The Commercial Fishing Apprenticeship will be rolled out by training providers from 2022.

‘It’s ambitious, but it has to be,’ said CFPO CEO Chris Ranford. ‘We are training the future of the industry, and want to have that in mindset from the start.’

The 18-month level 2 Fisher apprenticeship represents a step-change for the industry by carving out a clear professional pathway into the industry, providing a route that is aspirational, under which apprentices will be paid to learn and obtain a raft of qualifications along the way.

The apprenticeship has been designed by a Trailblazer group, in conjunction with the Institute for Apprenticeship and Technical Education and funding support from The Fishmongers’ Company. The Trailblazer group has a diverse membership of young and experienced skippers, vessel owners and crew members from around the English coast, ensuring the standard is rooted in the needs of the industry.

‘Contributing our experience meant we could ensure the apprenticeship included those skills I look for as an employer,’ said vessel owner and CFPO member Anthony Hosking, who chairs the Trailblazer group.

‘This recognised qualification will be a mark of excellence for the next generation.’

The CFPO led regular workshops which provided a platform for the forward-looking younger members of the Trailblazer group to shape the standard by sharing what young people want from a career, alongside their experiences of entering the industry and the barriers they’ve faced, whilst experienced skippers could share knowledge borne from years at sea.

‘The apprenticeship had to be appealing to young people, which was a crucial role for the Youth Board,’ said Trailblazer group and CFPO Youth Board member Brackan Pearce.

‘This course will help to reshape how young people see fishing, making it a more attractive and exciting career choice. We now have something that we can market to young people to encourage them into a career in fishing.’

The apprenticeship builds the knowledge and skills needed to understand the range of vessels and catching methods in use, the important role of science, data collection and sustainability, plus the practical skills involved in engineering, navigation, and managing and maintaining gear. Safety will be a top priority throughout the course. Apprentices will also gain industry-recognised qualifications throughout the apprenticeship.

‘As a leading south-west further education college, we see this apprenticeship as being of great importance to the future of the south-west’s fishing communities. We are pleased to have been able to work with the CFPO and local employers on its development,’ said Paul Singer, Business and Qualification Development Coordinator at South Devon College.

‘We look forward to welcoming the first Fisher apprentices who will benefit from the brand new, purpose-built, South Devon Marine Academy training facilities situated on the banks of the River Dart at Noss on Dart Marina.’

The CFPO and Trailblazer group express their thanks to everyone who took part in the process of developing the standard from all over England, as well as support along the way from the Institute for Apprenticeships and Technical Education, National Federation of Fisherman’s Organisations (NFFO), Maritime UK, South Devon College, East Coast College and Seafish.