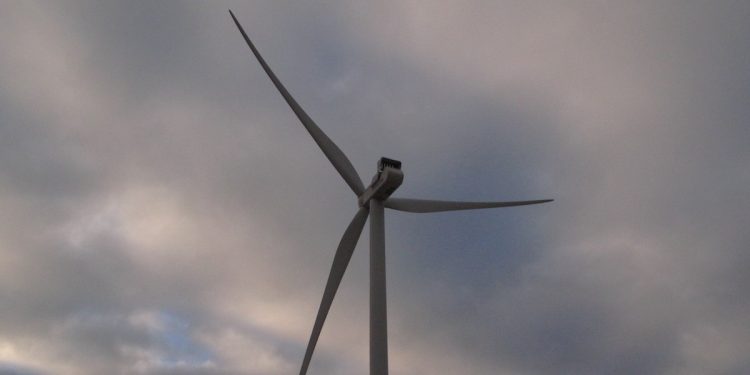 The friction between the expansion of windfarms and the fishing industry continues to become increasingly acute as more fishing grounds are lost to windmill parks, particularly in the North Sea, and Euroean fishing body Europêche has called for a freeze on further development and windfarm expansion into new areas.

A seminar devoted to the subject – Can Fisheries and Offshore Wind Farms Coexist? – took place in the European Parliament hosted by MEP Peter van Dalen (NL-EPP group), vice-president of the Fisheries Committee. This brought together a large spectrum of stakeholders, including scientists, wind industry representatives, NGOs, legislators, and small-scale fishermen from Belgium, France, Germany, the Netherlands and Portugal who are affected by or exposed to existing or planned offshore wind farms.

These EU fishermen, representing small and medium family owned businesses, shared their experience and concerns on the increasing competition over the maritime space which is leading to the loss of valuable fishing grounds and access to healthy stocks.

The investment made in recent decades to make fishing operations socially, economically and ecologically sustainable is a success story led by the European Union.

EU fishermen now fear that this investment and the long term efforts of the fishing communities involved are now under a direct threat, and in some cases already damaged by the uncontrolled development of offshore wind capacity.

The fact remains that sustainable fishing activities require space, as does the development and operation of offshore wind farms.

‘We cannot see the benefits of wind farms at sea as we already see indicators of fish decline in areas where wind parks are built,’ commented Dutch trawler skipper Job Schot.

‘Besides, the parks are always built on rich fishing grounds. It is clear that both activities cannot co-exist in the same area, but as fishermen, we do want to continue our livelihoods and keep on fishing for generations to come.’

The EU therefore adopted in 2014 a Directive for maritime and coastal spatial planning urging Member States to ensure that human activities at sea take place in an efficient, safe and sustainable way and reduce users’ conflicts. Nonetheless, the climate mitigation targets are vast, with the EU’s Paris Agreement nationally determined contribution to reduce greenhouse gas emissions by at least 40% by 2030 compared to 1990. For this purpose, some countries are pushing to increase offshore wind power 40-fold by 2030 in Europe.

Therefore, the question Can fisheries and wind farms co-exist? is a relevant but complex question which will become more pressing in the near future.

To trigger scientific based discussion, Peter van Dalen was also recently appointed as Rapporteur of the Initiative report on the impact on Fisheries of Offshore Wind Farms (2019/2158(INI)) which is being prepared in 2020. Europêche fully endorses this Parliamentary Report as it provides the opportunity to assess existing gaps in the knowledge on the impact of windfarms on fisheries and biodiversity.

As also pointed out by the scientists during the seminar, more research needs to take place as there is uncertainty surrounding the possible negative consequences and on how long it will take the ecosystem to recover.

‘The current expansion of offshore wind parks should not continue before research has come up with answers to the many knowledge gaps,’ French fisherman Olivier Becquet pointed out.

‘Offshore wind is not climate neutral and poses risks to many species. We need to set our priorities on living and eating, as energy is comfort.’

Following the discussion, EU fishermen call on the European Parliament to support their call for a freeze on the development of offshore wind farm capacity, and prevent its extension into new areas, particularly in sustainably managed fishing grounds.