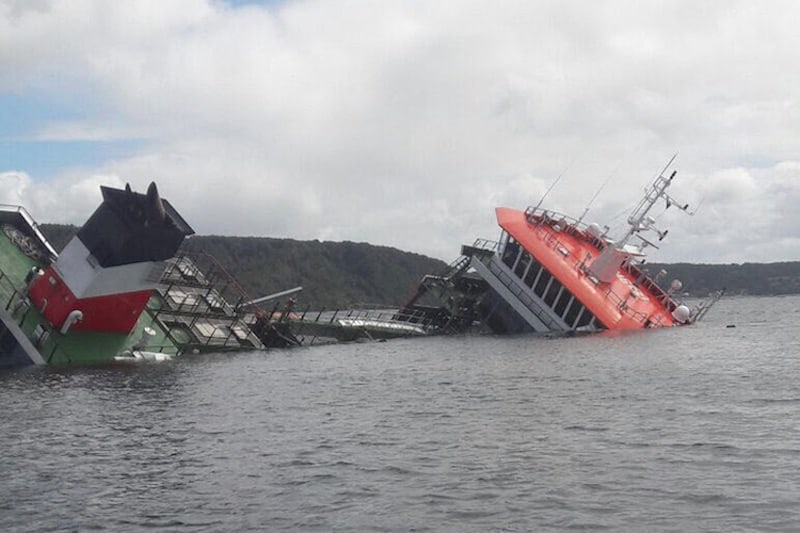 A salmon carrier operated by Camanchaca and which had only been in operation for a few weeks sank rapidly in southern Chilean waters.

According to Chilean Navy sources, the 70 metre Seikongen made a distress call that was received by the Port of Chonchi, reporting that the vessel was taking on water fast. Seikongen’s crew were evacuated onto a speedboat from the Port Authority and the region’s pollution control services were also quickly on the scene as the salmon carrier turned on its side.

Seikongen had sailed from Puerto Montt with 70 tonnes of salmon on board and the incident occurred near Castro in Chile’s Region X where most of the country’s salmon production is based.

‘The first stage of the emergency is already under control,’ said Captain Héctor Aravena of the region’s maritime authority.

He said that pollution control and fuel recovery measures were put in place immediately and an investigation will be carried out by the Castro maritime authority.

Seikongen is believed to have lost stability with around 200 tonnes of salmon and 70 tonnes of fuel in its tanks. The causes of the Seikongen’s loss remain unknown, but the incident took place in good weather and sea conditions.

Changes ahead for safety in fishing