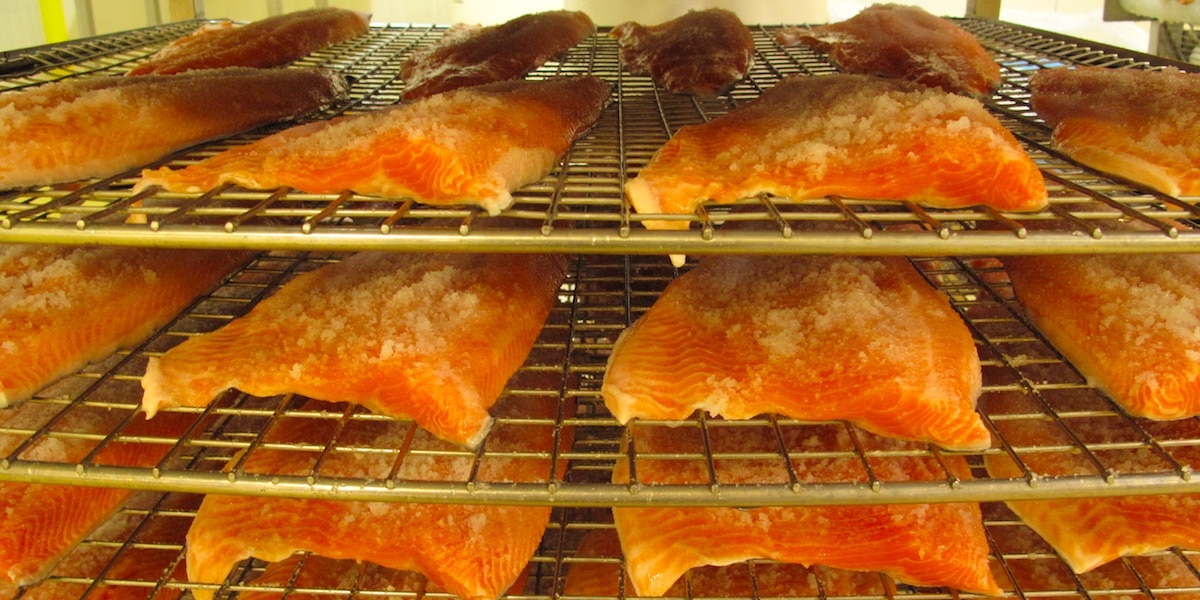 Marcel Baey focuses exclusively on high-quality smoked salmon, doing what it does best

It’s all about Christmas for Boulogne-sur-Mer smoked salmon producer Marcel Baey, and with more than half a year to go, the company is already gearing up for next Christmas.

The company’s Romain Marcé explained that the company goes back to 1948 – and still carries its founder’s name – and had its origins on producing smoked herring before expanding into the other traditional smoked fish species; mackerel, haddock and halibut.
‘In the 1990s Marcel Baey was one of the pioneers of producing smoked salmon,’ he explained.
There were changes in the subsequent years, with a change of ownership as Marcel Baey came into the ownership of Icelandic concern in the early 2000, followed by a merger with SBSM and a shift to their premises – the company’s current location – and the acquisition of Opal Seafood.
There were further changes in 2013 when salmon prices hit profitability, when the company became insolvent and was bought by Polish entrepreneur Monika Jaworowska to become part of the Suempol group across Poland, Germany and France.
It also now concentrates exclusively on working with salmon.
‘Now we focus on smoked salmon – that’s putting the emphasis on what we do best – on quality,’ Romain Marcé said.

‘Other fish smoking companies smoke other products as well as salmon, so we are the only one to produce only smoked salmon. So there are plenty of companies smoking products in their own ways and a lot of them produce salmon, but we’re the only ones who really specialise in salmon,’ he said, admitting that there are risks to this policy.
‘We’re more exposed by focusing so heavily on salmon – but one product means that we also have outstanding quality. Marcel Baey works like a family company and the managers are close to the staff,’ he said. ‘There’s a good vibe here and that contributes to quality.’
He commented that salmon is sourced mainly from Norway which accounts for 70% of their raw material, and 26% comes from Scotland. The rest comes from producers in Iceland and other countries.
‘We also produce organic smoked salmon, which comes from Ireland and Scotland, and it’s not always easy to find the quantity and freshness we need for this.’
The Christmas market is hugely important to Marcel Baey, accounting for a third of its sales in in a burst of activity over around fifteen days in December. In fact, much of the year is devoted to gearing up to 45 days of production leading up to this crucial period around Christmas is going to run smoothly.
‘We have to ensure there’s no shortfall in stock at that time, because if you miss out and have a bad Christmas season, then you have two bad years – that’s the year you miss and also the following year as the next year’s customer’s will look elsewhere,’ he said.
‘We’re already getting ready for next Christmas – and as that’s such an important time of the year that we have to prepare for so far in advance, it’s never quiet here.’